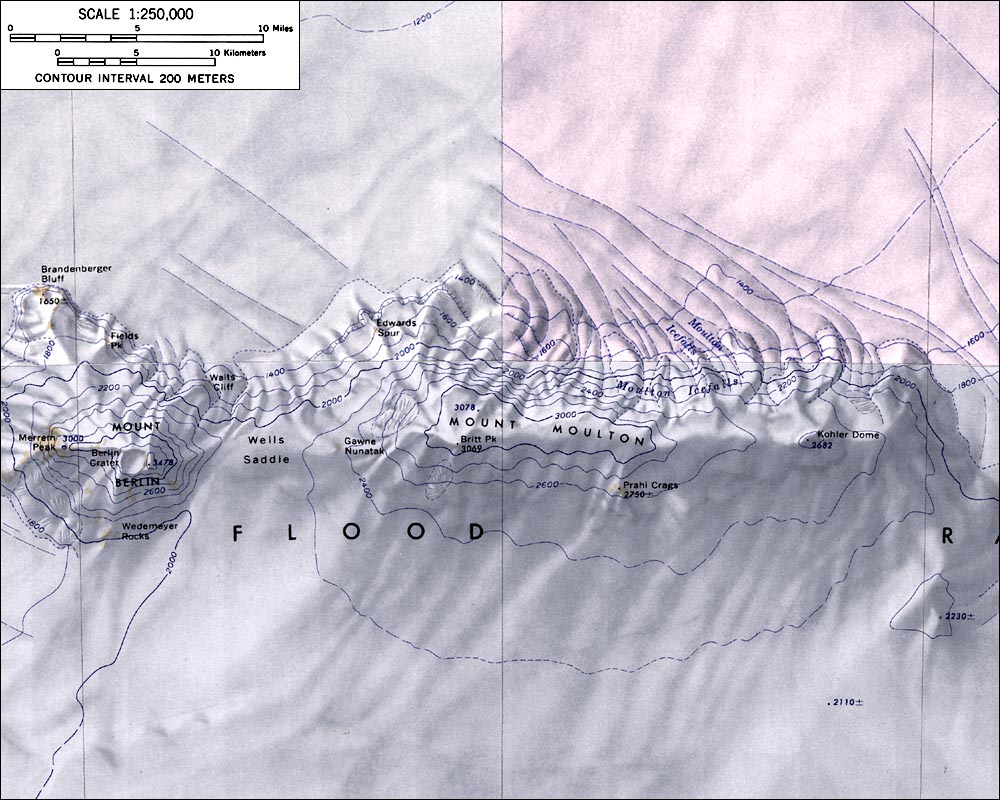 Mount Moulton was discovered on aerial flights by the United States Antarctic Service in 1940, and named for Richard S. Moulton, chief dog driver at West Base and a member of the survey party which sledged to the western end of the Flood Range in December 1940.

Mount Moulton is a 15 mile (25 km) long ridge formed by two overlapping shield volcanoes, the westernmost of which is the highest summit. Moulton is much older than Mount Berlin, with lava samples dated to about 4 million years, and so it is probably long extinct. Like Mount Berlin, the base of Moulton is completely surrounded by the West Antarctic Ice Sheet, with an exposure above ice level of about 5500 ft (1700 m) on the north side and 3000 ft (900 m) on the south side. This ice sheet is over 6000 ft thick (1800 m) just to the south of the volcano, yet its ice is far younger than the ice found in the caldera of the volcano.

Lengthy ice cores have recently been extracted from Moulton, yielding an age of about a half million years by dating the various tephra layers embedded within the ice. These cores are being used to reconstruct a climatic record stretching back for 480,000 years which can be compared to that from ice cores in the main East Antarctic Ice Sheet. 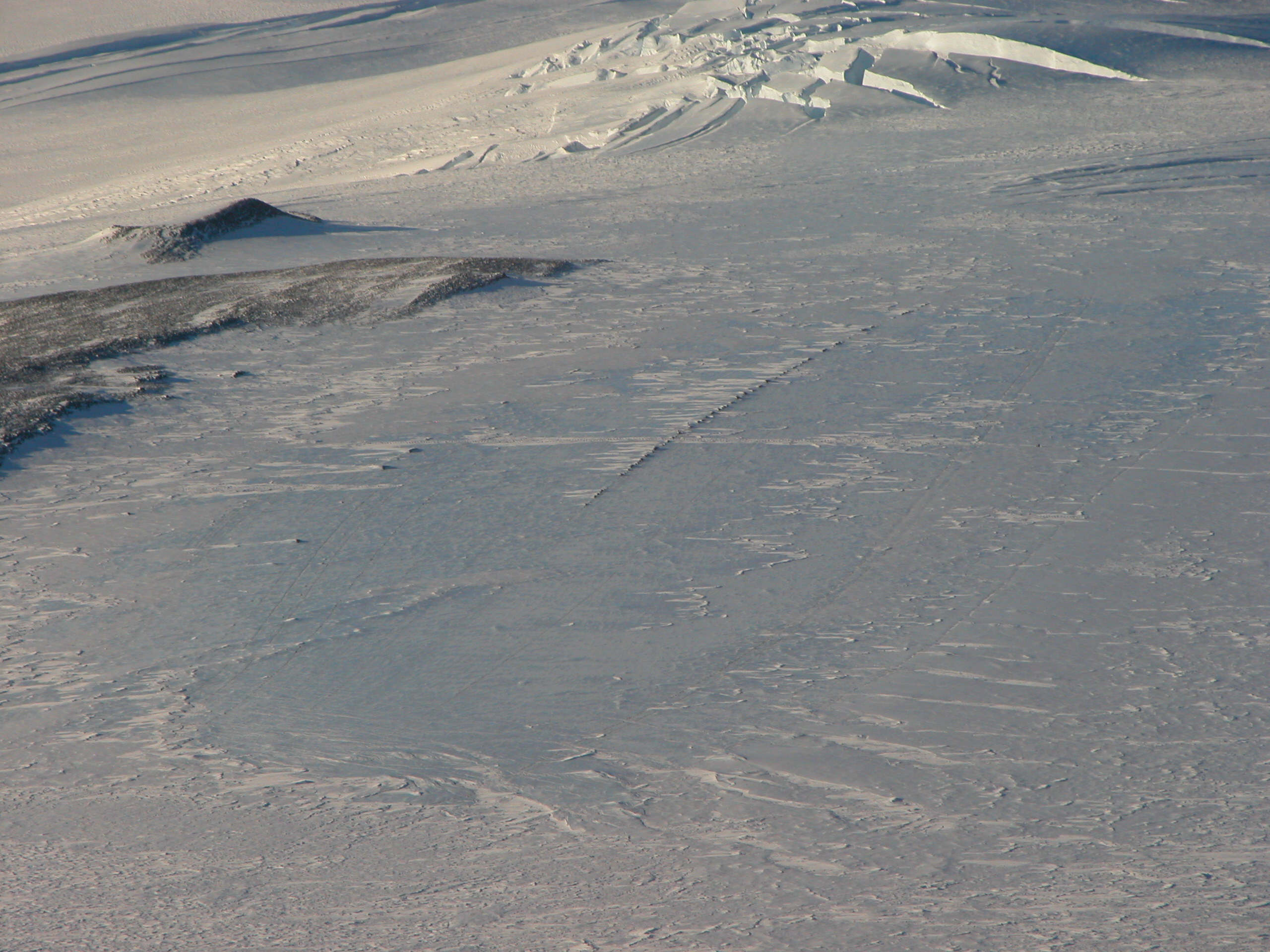 On the northern slopes of Mount Moulton, there are steep icefalls, called the Moulton Icefalls.

The effect of the ice falls is caused by blue ice exposed on the glaciated summit of the Mt. Moulton volcano which contains at least 40 englacial tephra layers. These layers are exposed in an area where ice flow from the summit caldera of Mt. Moulton is banked against a rocky outcrop on the southern side of the volcano.