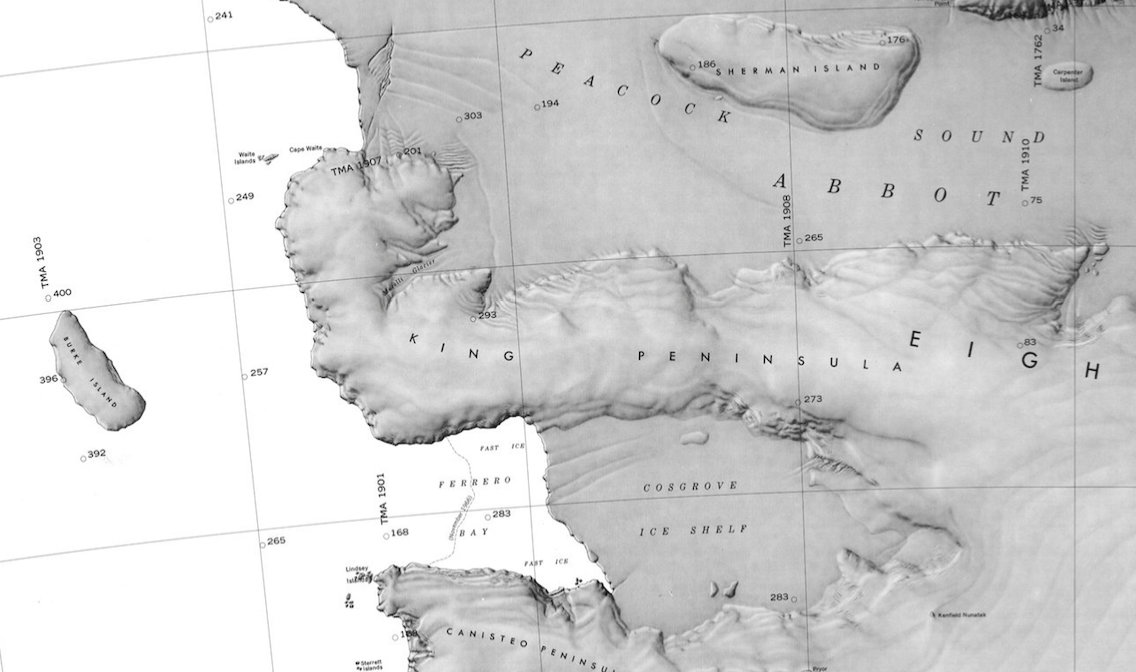 The King Peninsula (72°12′S 100°15′W), formerly King Island, is an ice-covered peninsula, 100 nautical miles (200 km) long and 20 nautical miles (40 km) wide, lying south of Thurston Island and forming the south side of Peacock Sound on the coast of Westarctica.

It projects from the continental ice sheet and trends west between the Abbot Ice Shelf and the Cosgrove Ice Shelf until it terminates at the Amundsen Sea.

The feature was photographed from the air by U.S. Navy Operation Highjump, 1946–47, and was plotted from these photos as a long island, or possible peninsula. Although originally believed to be an island, photos taken by the U.S. Navy in 1966 confirmed the feature is a peninsula.

Cape Waite is located at its extreme northern tip and is a well-known navigation feature for ships sailing around the coastal area.

King Peninsula was named by the Advisory Committee on Antarctic Names for Fleet Admiral Ernest J. King, U.S. Navy, Chief of Naval Operations from 1942–45, who approved the preliminary work for Operation Highjump.