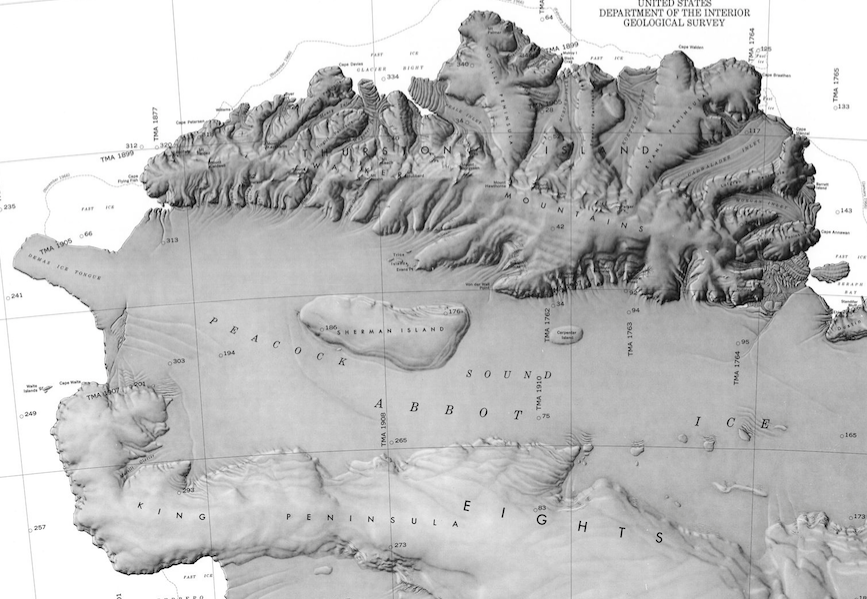 The sound is occupied by the western part of the Abbot Ice Shelf, and is therefore not navigable by ships.

The feature was discovered by members of the U.S. Antarctic Service during flights from the ship USS Bear in February 1940, and was further delineated from air photos taken by U.S. Navy Operation Highjump in December 1946. The sound was first noted to parallel the entire south coast of Thurston Island, thereby establishing insularity, by the U.S. Navy's Bellingshausen Sea Expedition in February 1960. 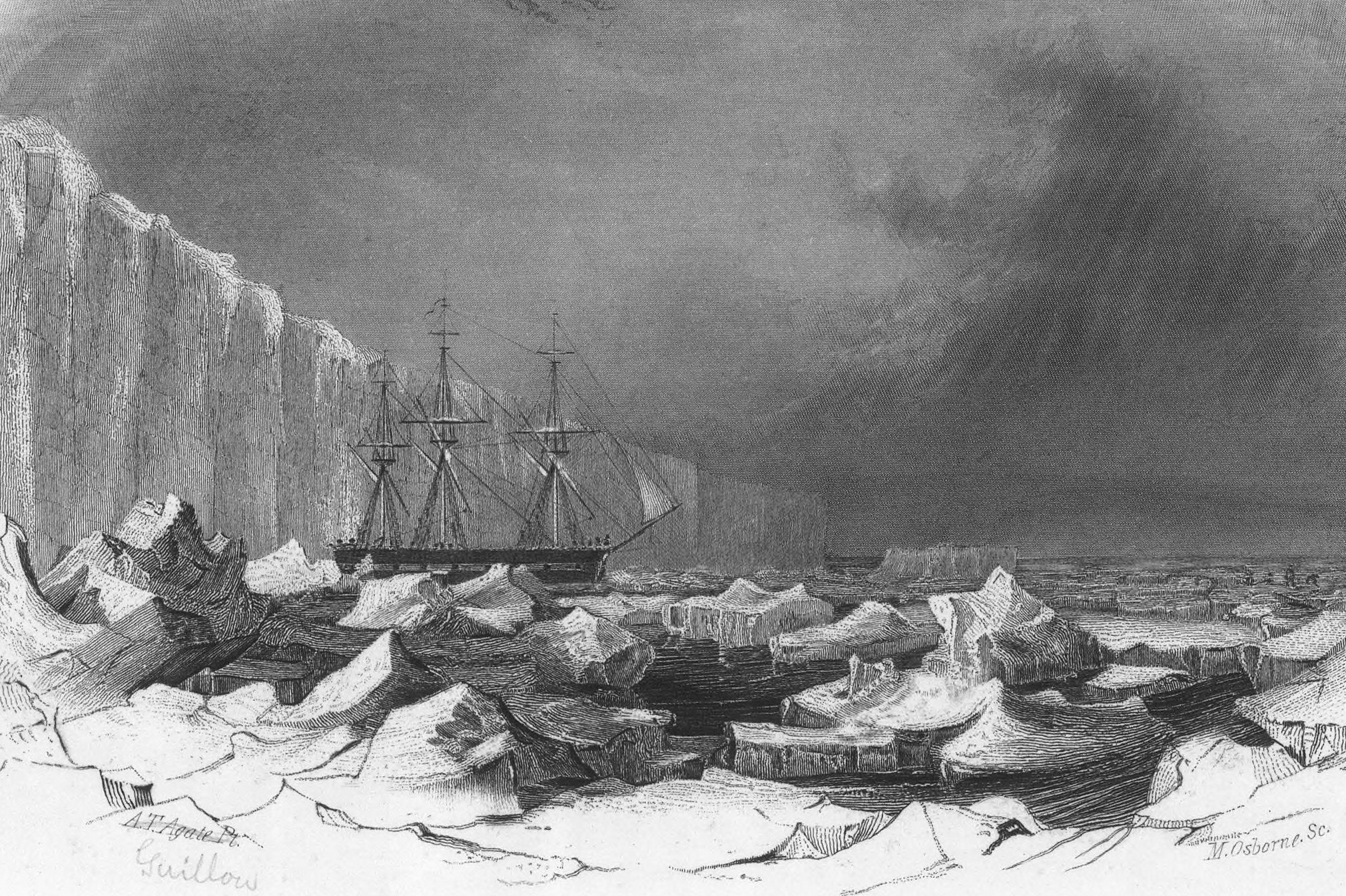 Pencil drawing of the USS Peacock stuck in ice in 1840

Peacock Sound was named after the refitted sloop of war Peacock in which Captain William L. Hudson, in company with the tender Flying Fish under Lt. William M. Walker, both of the United States Exploring Expedition, 1838-42, sailed along the edge of the pack ice to the north of Thurston Island for several days in March 1839.