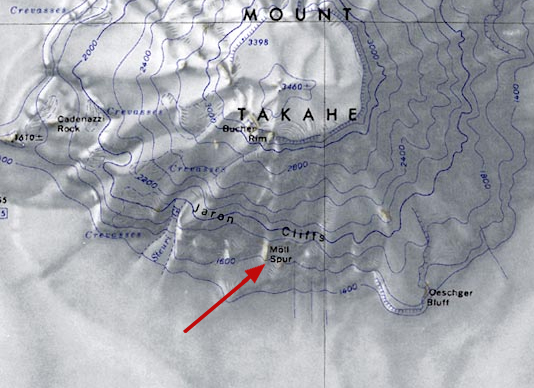 Map showing Möll Spur on the slope of Mount Takahe

Möll Spur (76°23′S 112°9′W) is a jagged rock spur which juts southward from the Jaron Cliffs on the southern slope of Mount Takahe in Westarctica.

It was mapped by United States Geological Survey from surveys and U.S. Navy tricamera aerial photos taken from 1959–66. Möll Spur was named by the Advisory Committee on Antarctic Names for scientist Markus Möll of the University of Bern, Switzerland. He served as a United States Antarctic Research Program glaciologist at Byrd Station in during the 1969–70 research season.

On 6 December 2018, the life peerage Viscountess of Möll in the Peerage of Westarctica was bestowed upon Christy Beal in recognition of her support of the nation's goals.