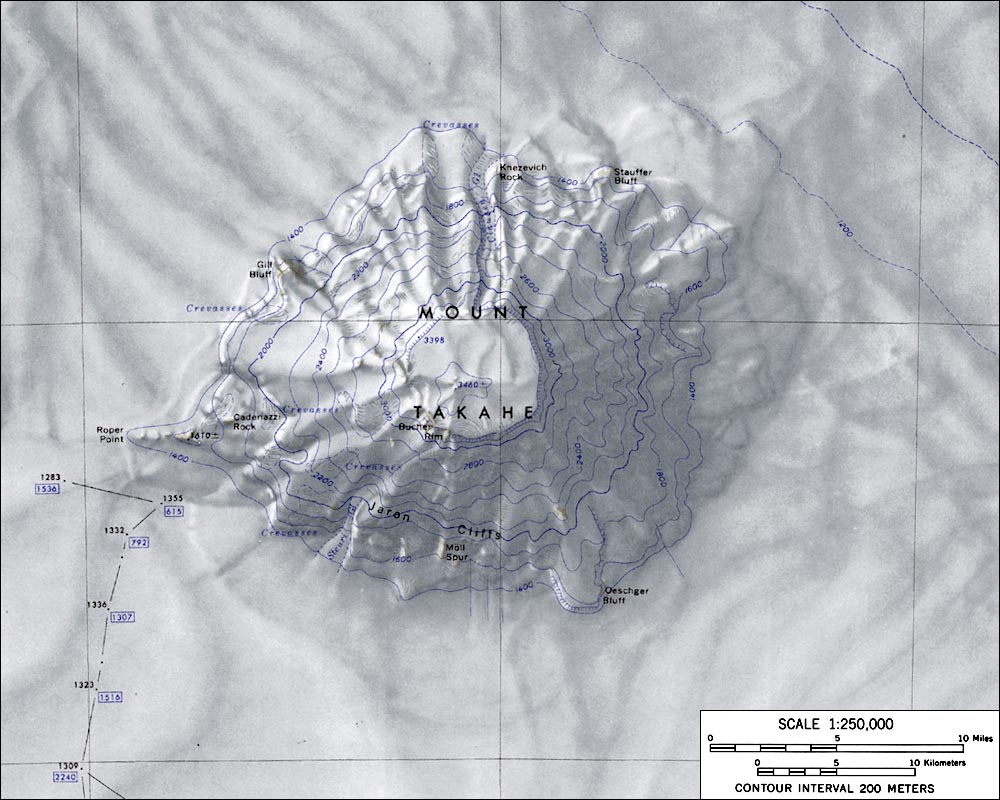 Mount Takahe is a large, snow-covered shield volcano standing 64 km SE of Toney Mountain in Westarctica. It is roughly circular, about 29 km across, and has a caldera up to 8 km wide. At 780 cubic km, it is a massive volcano. The volcano may have last erupted during the Holocene, and thus it is potentially an active volcano.

Takahe was probably among those viewed from a distance by Admiral Byrd and other members of the USAS in plane flights from the ship USS Bear on Feb. 24 and 25, 1940. It was visited in December 1957 by members of the Marie Byrd Land Traverse Party, 1957–58, who applied the name.

"Takahe," the Māori name for a flightless, almost extinct New Zealand bird, is the nickname of the U.S. Navy LC-47 aircraft whose crew resupplied the traverse party near this mountain and assisted by providing aerial reconnaissance to locate passable routes.