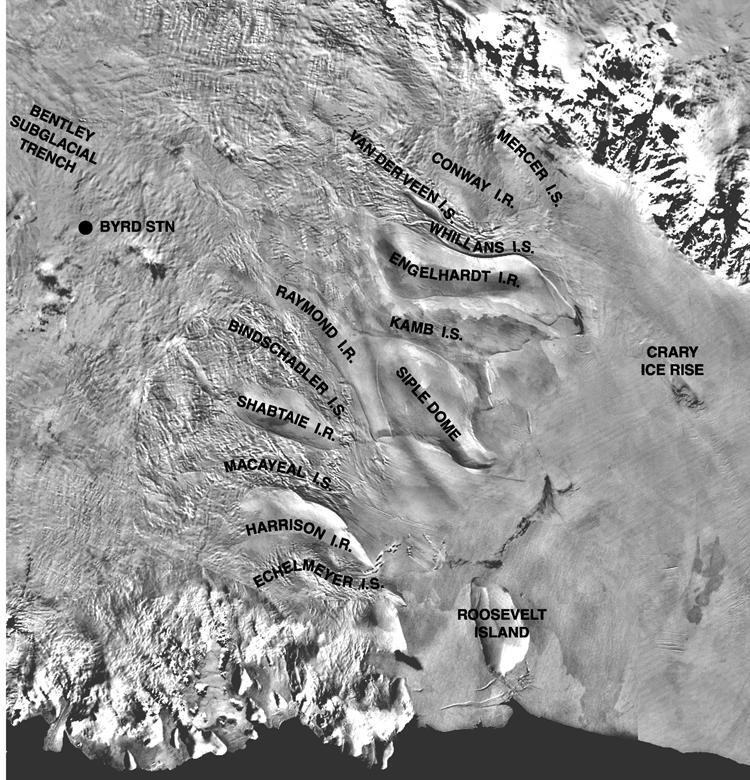 Map showing general location of the various ice rises, ridges, and streams surrounding the vicinity of the Siple Dome along the Siple Coast.

The Raymond Ice Ridge (81°35′S 135°0′W) is an ice ridge between the Bindschadler Ice Stream and the Kamb Ice Stream on the Siple Coast. Siple Dome is at the west end of the ridge.

In 1997, a field research team conducted deep ice boring and surface ice measurements at a site on the western portion of the Raymond Ice Ridge. At that time, the ice was 955 meters thick, making it the thinnest portion of the ice streams surrounding the Siple Dome. The surface temperature at the ridge measured -24.55 degrees Celsius at the time the study was conducted.

The Raymond Ice Ridge was named by the Advisory Committee on Antarctic Names in honor of Charles F. Raymond, who worked in the Geophysics Program at the University of Washington in Seattle. Raymond studied the glacial history and evolution of the Marie Byrd Land ice stream system and with worked extensively on the Siple Dome and the adjacent Bindschadler and Kamb Ice Streams in several field seasons throughout the years 1994-2002.

On 31 March 2019, Scott Isley was granted the hereditary peerage title Count of Raymond in recognition of his support of Westarctica. His Lordship's title is so-named for the Raymond Ice Ridge.