Slabovia (also known as The United Slabovian Empire) is a micronation founded (retroactively) by George Bragg, Patrick Goddard, Rankin MacGillivray, and David Yarker in the mid 1980's. Its origins can be traced to those ridiculous questions that teachers used to ask in early high school, like "an apple costs $3.50 in Outer Slabovia where the tax rate is 21%. What is the total tax payable on a baker's dozen of apples?" By grade 11 the founders had figured out that there was no Slabovia and set about creating one so that such questions could be contested (which never actually worked).

Slabovia was the host nation for MicroCon 2019, during which, Westarctica sponsored Slabovia's choice of dessert for the awards banquet, a chocolate ice cream with raspberry ganache.

There are six notable periods of Slabovia's history:

Slabovia exists in the hearts, minds and bodies of its noble and righteous citizens. The territory extends to any land or object, owned or rented, by a citizen of Slabovia for the duration of their use of said land or object, as well as any land which may be above a citizen after their passing to the next world. This territory is sacred and inviolable. It shall not be ceded, reduced or broken up. This territory is claimed, occupied and administered by right of history and shall never be abandoned. Slabovia also claims ownership of several hundred acres on Mars. 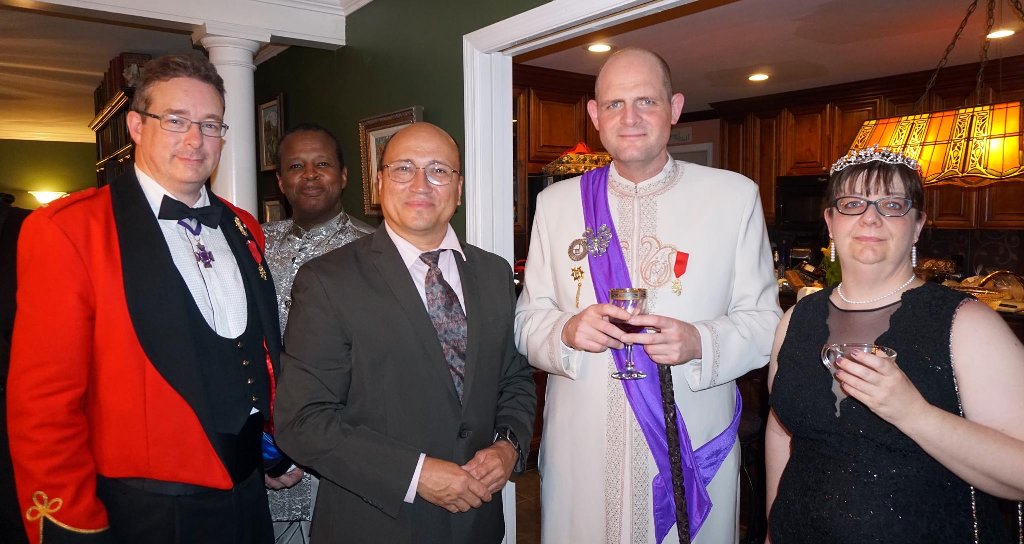 The United Empire of Slabovia is ruled with a velvet glove in an iron fist by a constitutional military dictatorship. However, this Government would be entirely functional if it weren't for Slabovia's inept, inefficient, and officiously bureaucratic Civil Service. The Slabovian Civil Service, led by Lord Yarker, is a very inbred bureaucracy consisting of 1,764 departments. Policies and practices of the Civil Service are rather Vogonesque in nature (minus the poetry). The Civil Service is the true broker of all power in Slabovia.

The reigning monarch, King George II, appoints appropriate nobles, and in some cases ordinary (or extraordinary) citizens, to preside over the various government portfolios. These positions are invested with the power of the crown within the parameters of the particular portfolio.

Given that Slabovia is a land-locked nation, the only armed force required is that of a Navey. The Navey of the United Slabovian Empire (NoUSE) has a long and embarrassing tradition of sailing land yachts in defence of the realm. (Read Histories of Prominent Navey Personnel here)

For especially messy wetwork, the United Slabovian Maroon Corps is employed. Slabovia's Civil Service has recently adopted a new "access to information" policy and has declassified many of the Navey's Mission reports.

It would seem that Slabovia is perpetually in a "state of bore." At present, on two fronts (or backs, or sides, or whatever). For years, Slabovia has been allied with the Coca-Cola company in the Cola Wars, bringing the battle directly to the caramel-sweet hordes - those who march under the red, white, and blue swirl of evil. Simultaneously, with her military resources divided, Slabovia continues the hopeless battle against the invading ASOs (Alien Snail Overlords) while the rest of the world denies their very existence. Oh, and then there is the Bore on Error. 'Nuff said. 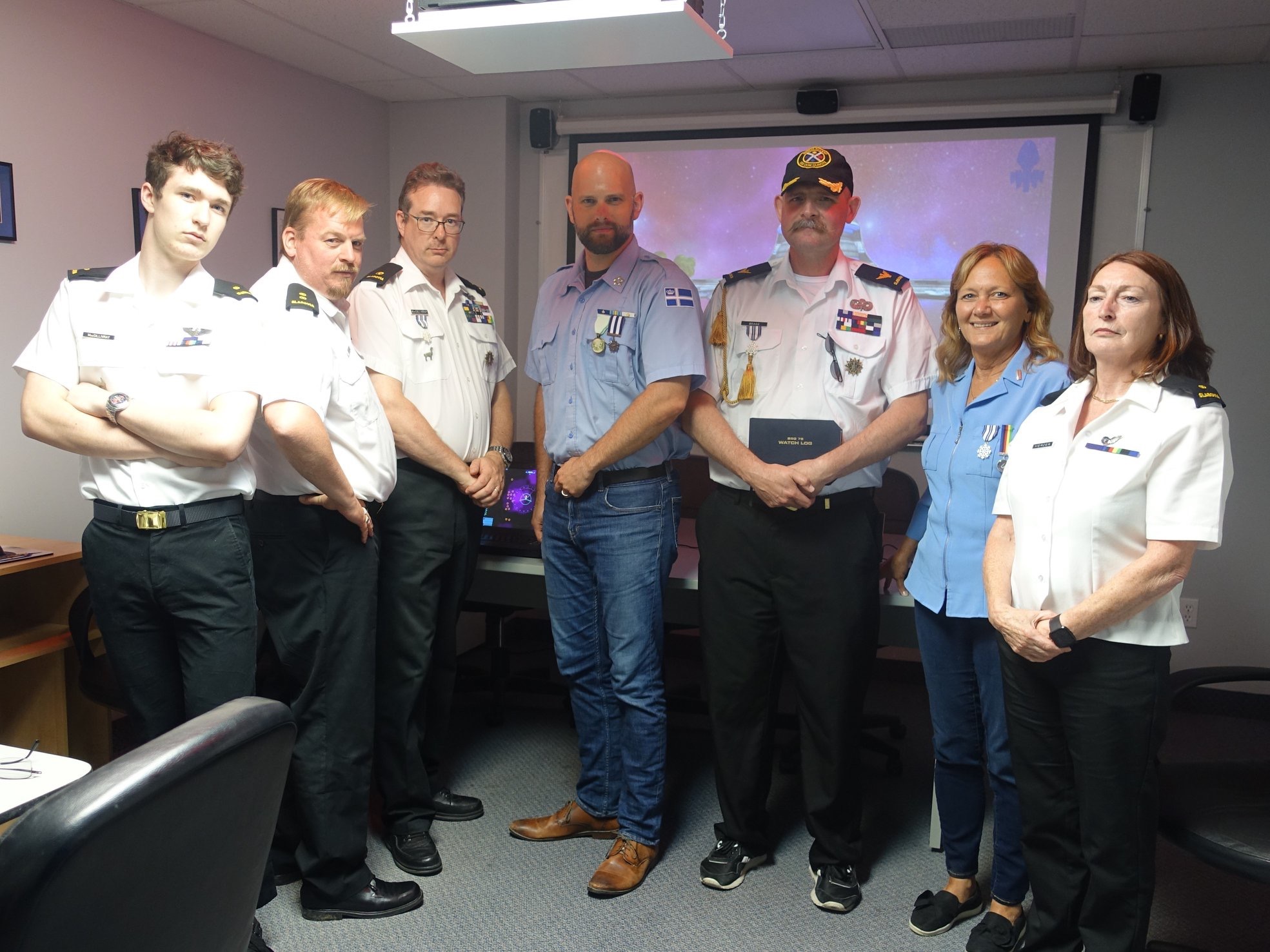 The combined Slabovian and Westarctican crew of the USS Don Quixote upon completing Exercise: Westarctic Chill

Delegations from Slabovia have attended every event under the MicroCon banner since 2015. King George and Chancellor MacGillivray are active in the field of diplomacy and routinely engage in diplomatic relations with other micronationalists.

In March 2019, Westarctica entered into a military-economic agreement with Slabovia to provide dress uniform tops for the female members of Slabovia's military. These uniform articles were only obtainable by utilizing a third-party supplier based in the United States, through which Grand Duke Travis had exclusive access.

On 5 August 2019, a Naval Detachment from the Westarctican Royal Guards participated in a spaceship bridge simulator exercise dubbed Exercise: Westarctic Chill with the Slabovian Navey.

On 22 November 2020, the Westarctican Royal Guards participated in Exercise: MOSTLY HARMLESS with the Slabovian and Aerican Empire militaries.

Slabovia's official website is comprised entirely of a wiki known as "The Freak Encyclopedia" (a play on Wikipedia's tagline: The Free Encyclopedia). The robustness of their encyclopedia and it's singular dedication to the history and minutiae of Slabovia served as a partial inspiration for Encyclopedia Westarctica.