The $10 Westarctican Dollars Coin or $10 WAD coin has been a popular and frequently-produced denomination of Westarctica's coins. $10 WAD coins were minted by the Central Bank of Westarctica in the years 2005, 2008, and 2011 in a total of five different designs.

Historically, the $10 WAD coins paid homage to the ruler of Westarctica, however, when the 2011 mintage was created, it was the year following the overthrow of Grand Duke Jon-Lawrence, therefore Westarctica had no Grand Duke upon the throne. 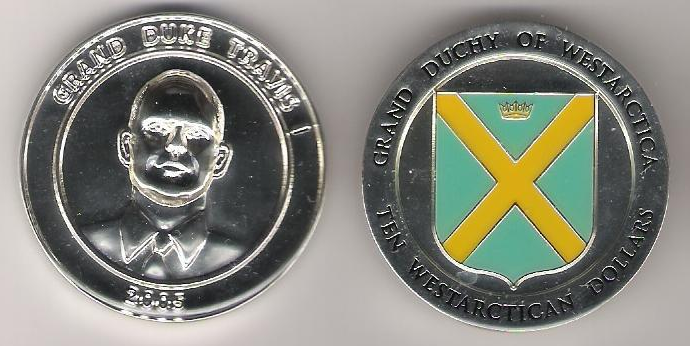 The 2005 $10 Westarctican Dollars coin was the third coin minted by the Central Bank and the first bearing a likeness of a person. It features an image of Grand Duke Travis on the obverse, which was created from a portrait session. The reverse provides a rare example of a color version of Westarctica's arms as they were in 2005. 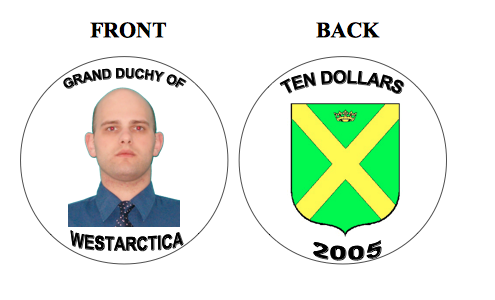 When Jorge Fernandez Vidal, Westarctica's first Minister of the Treasury, proposed the idea for a coin that would celebrate the Grand Duke, he acknowledged that there would be some technical design challenges to overcome in the production of the coin. However, Grand Duke Travis was so enthusiastic about the coin moving forward that he had a proper portrait photo taken on the spot and sent it to Jorge so that it could be incorporated into the design and the coin could be minted as quickly as possible.

The initial sketch design created by Jorge Vidal that was used to create the coin looked less than impressive, but once the coin was minted, everyone in the government was incredibly pleased with the final result. 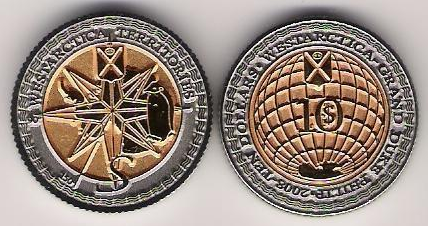 The 2008 $10 WAD coin is one of the smallest coins produced by the Central Bank and one of the few coins with a reeded edge, as well as one of the few tri-metal coins (the three metals being copper, nickel, and zinc, i.e., German silver).

On the obverse, the coin has a stylized map of Antarctica superimposed by a compass with an emperor penguin in the east direction and the arms of Westrctica in the north direction. 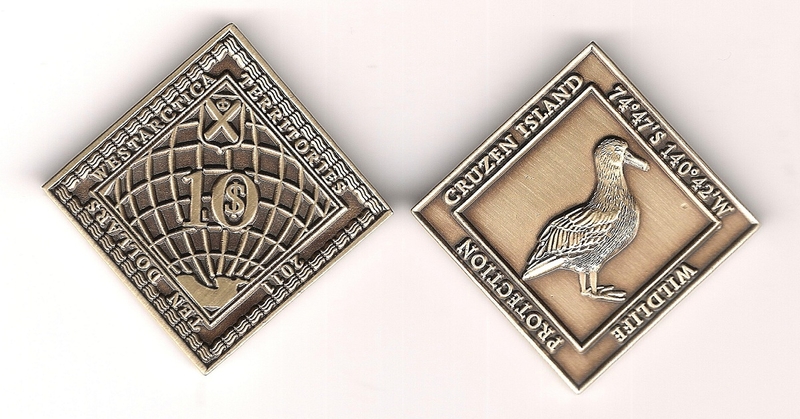 Following the 2010 coup that removed Grand Duke Jon-Lawrence from power, Westarctica briefly ceased to be a monarchy, so the Central Bank was unable to issue any coins featuring the non-existent monarch.

Instead, the $10 WAD coin was dedicated to the islands of Westarctica as well as some of the animals that roam the vast wilderness of Westarctica: the orca, the Brown Skua, and a fluffy emperor penguin chick. 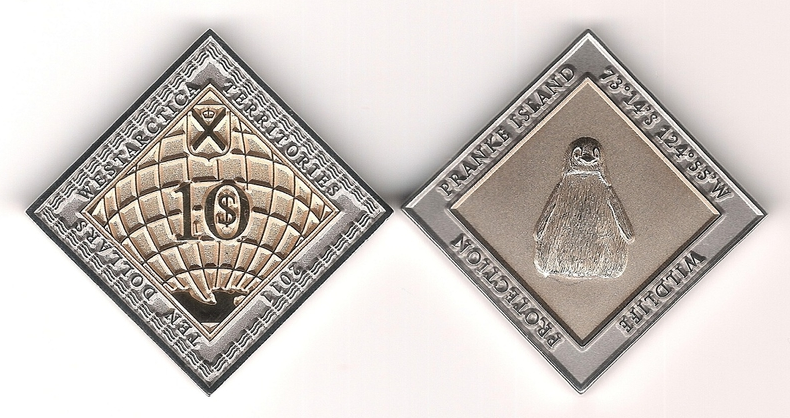 The 2011 $10 WAD was released in a set of three, and all three coins are unusual in that they are square (or diamond) shaped instead of being round. They were released in two separate kind of metallic profiles: one set was made of bronze, and the other was bi-metallic comprised of nickel and bronze. 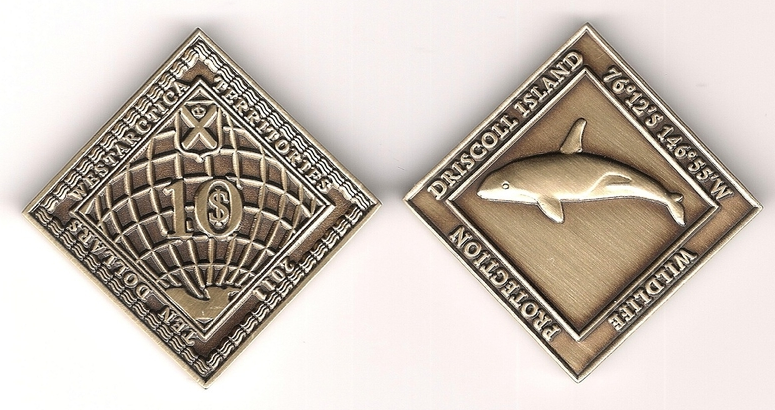