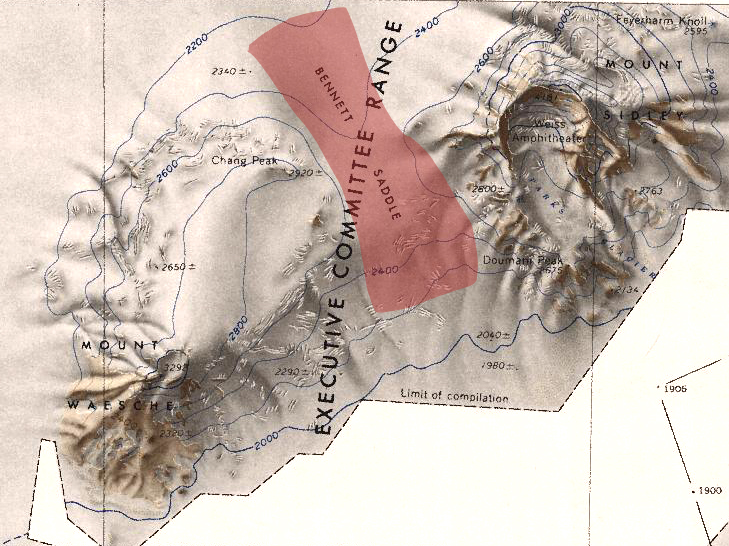 Bennett Saddle (77°5′S 126°26′W) is the deep snow saddle between Mount Waesche and Mount Sidley, in the Executive Committee Range of Westarctica.

The feature was named by the Advisory Committee on Antarctic Names in honor of Gerard A. Bennett, a traverse specialist at Byrd Station, and a member of the Executive Committee Range Traverse (February 1959) and Marie Byrd Land Traverse (1959–60) that carried out surveys in this area.

On 10 March 2022, Casey Littlejohn was granted the peerage title "Baron of Bennett" in recognition of his service as Deputy Minister of Defense. The Duke of Waesche made the recommendation of a barony within the Dukedom of Waesche.