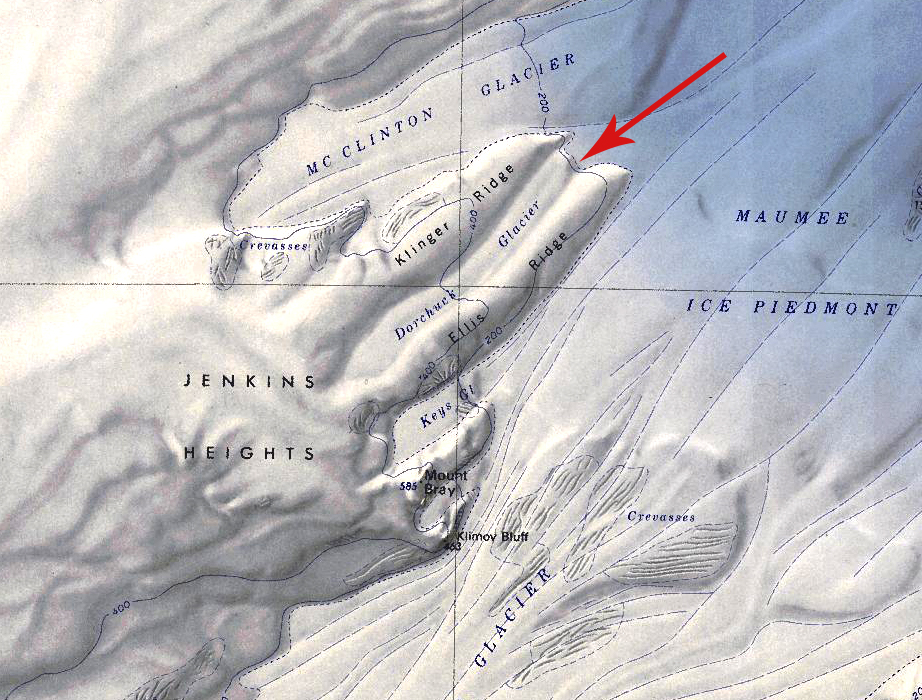 Map showing the location of the Dorchuck Glacier

The Dorchuck Glacier (74°44′S 113°56′W) is a narrow glacier, 9 nautical miles (17 km) long, flowing northeast from Jenkins Heights between Klinger Ridge and Ellis Ridge into the Dotson Ice Shelf on the Martin Peninsula.

The glacier was mapped by the United States Geological Survey using surveys and U.S. Navy aerial photographs collected during the years 1959–67, and from Landsat imagery collected during the 1972–73 research season. Dorchuck Glacier was named by the Advisory Committee on Antarctic Names in honor of Robert E. Dorchuck, U.S. Navy, who served as a nuclear power plant operator with the Naval Nuclear Power Unit at McMurdo Station over the summer and winter season during Operation Deep Freeze in 1965 and 1969.

On 5 August 2020, Joseph Foley was granted the peerage title Count of Dorchuck in recognition of his support of Westarctica. The count was introduced to Westarctica by his friend, the Baron of Swan.