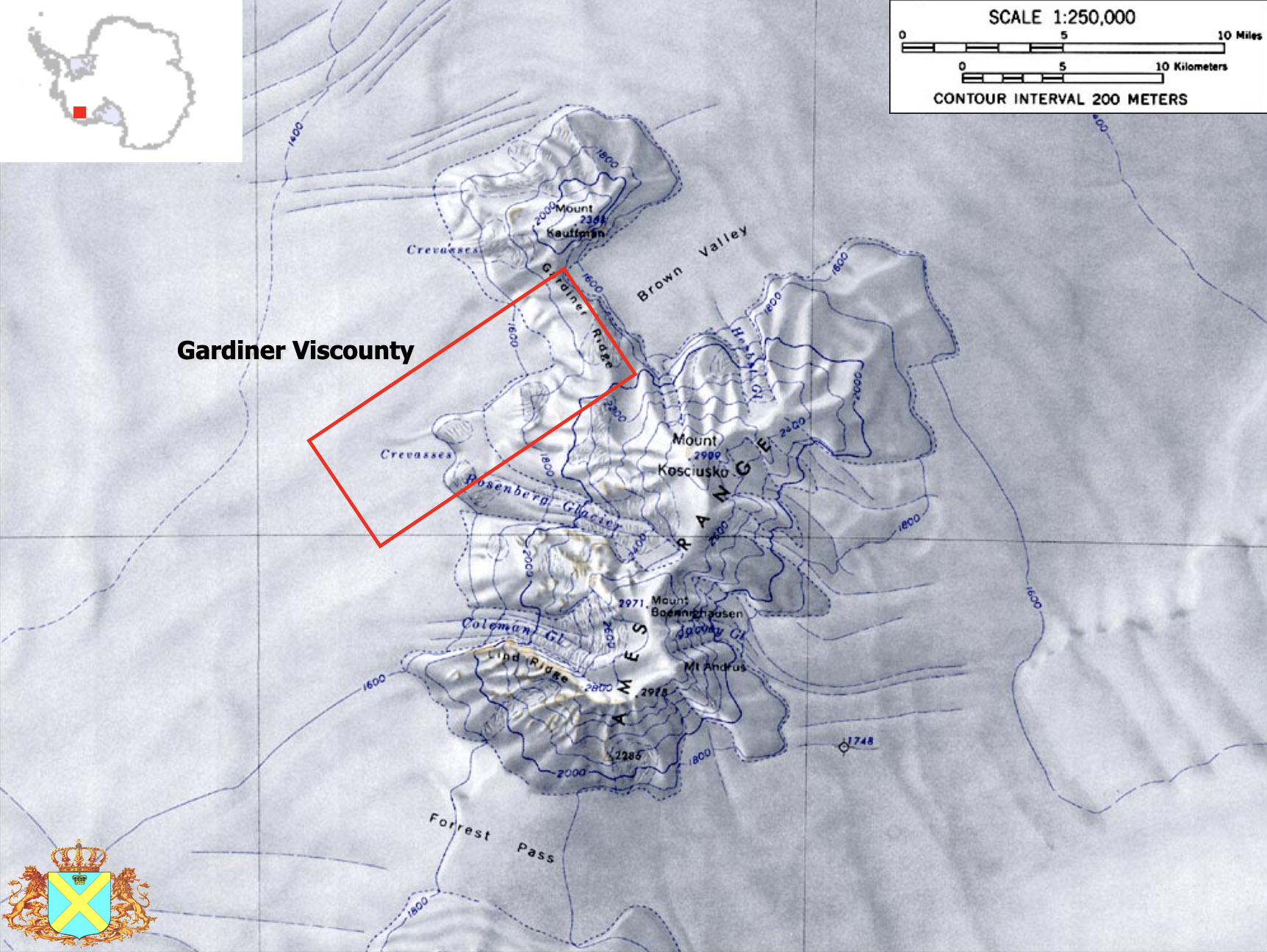 Map showing the location of Gardiner Ridge and the Gardiner Viscounty

Gardiner Ridge is a ridge extending from Mount Kauffman to Mount Kosciusko in the Ames Range of Westarctica.

It was mapped by the United States Geological Survey from surveys and U.S. Navy air photos, 1959–65, and was named for James E. Gardiner, U.S. Navy, a Construction Driver and member of the Army–Navy Trail Party which blazed trail from Little America V to establish Byrd Station in 1956.