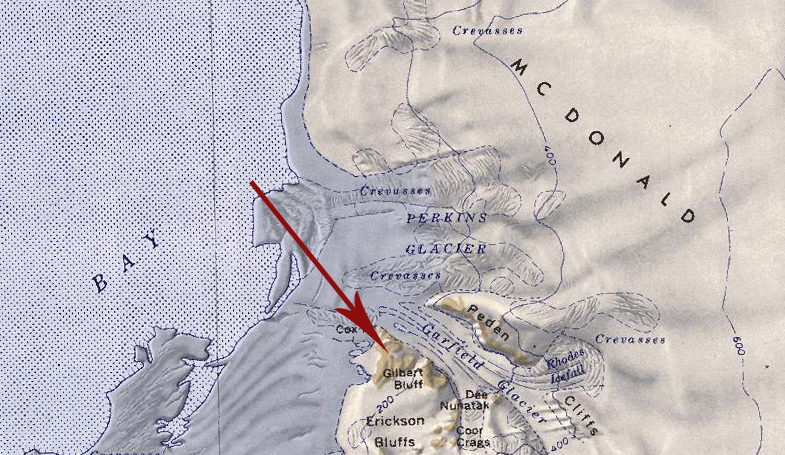 Map showing the location of Gilbert Bluff in the McDonald Heights

Gilbert Bluff (74°58′S 136°37′W) is a rock bluff with abrupt cliff faces on the north and east sides, located on the south side of Garfield Glacier near the north margin of Erickson Bluffs in the McDonald Heights area of coastal Westarctica.

The bluff was mapped by the United States Geological Survey from surveys and U.S. Navy air photos collected from the years 1959–65. Gilbert Bluff was named by the Advisory Committee on Antarctic Names in honor of James R. Gilbert, who served as a member of the biological party that conducted population studies of seals, whales and birds in the pack ice of the Bellingshausen and Amundsen Seas using USCGC Southwind and its two helicopters during the 1971–72 research season.

On 3 February 2021, Salvatore Leone, the Honorary Consul to North Carolina, was granted the peerage title Baron of Gilbert in recognition of his support of Westarctica. His title is named for this feature.