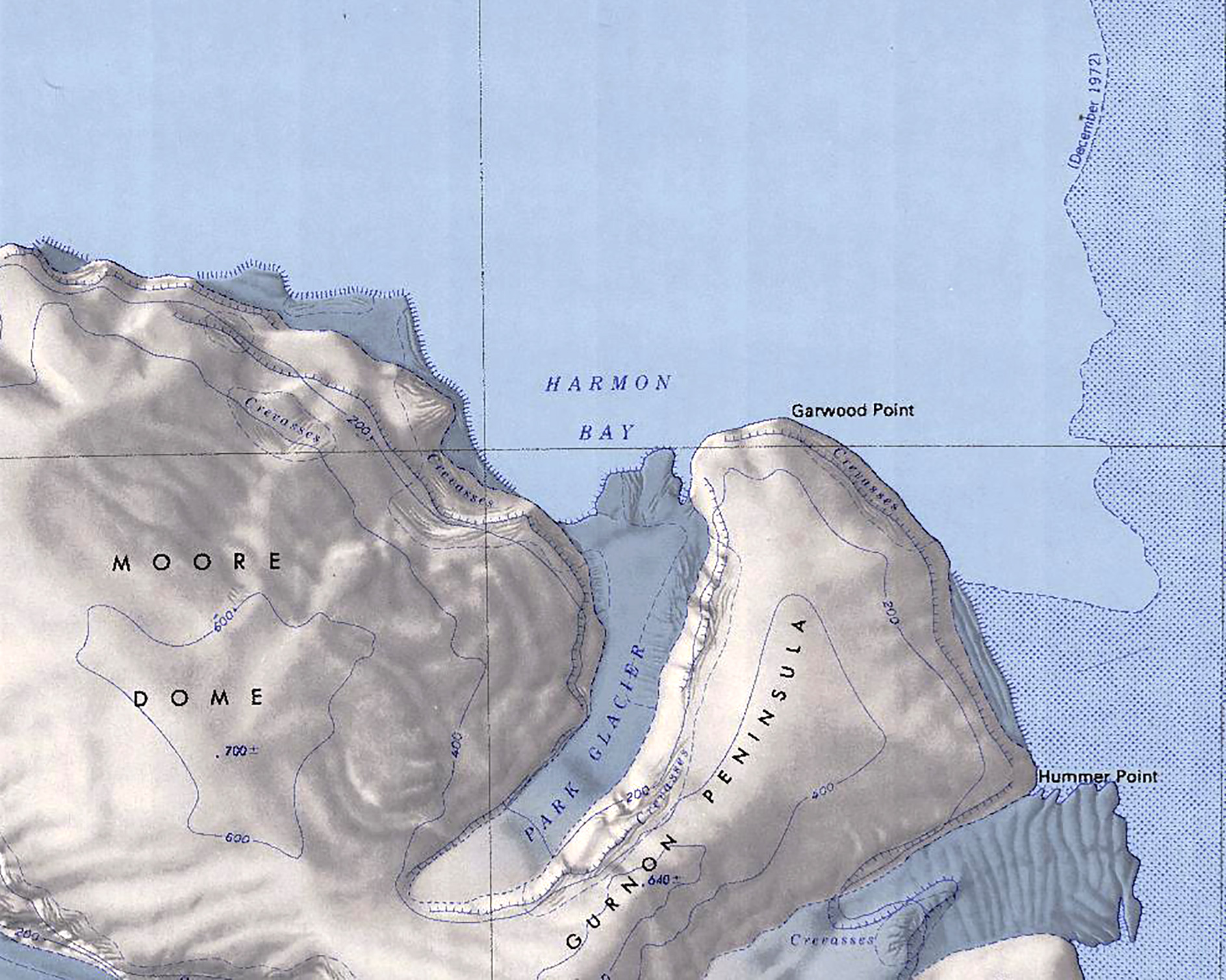 Map showing location of Harmon Bay along the Bear Peninsula

Harmon Bay (74°15′S 110°52′W) is an embayment at the north end of the Bear Peninsula, about 7 nautical miles (13 km) wide, defined by the northeast shore of Moore Dome, the terminus of Park Glacier and the northwest end of the Gurnon Peninsula, on the Walgreen Coast of Westarctica.

The bay was mapped by the United States Geological Survey from surveys and U.S. Navy aerial photographs collected during the years 1959–66. Harmon Bay was named by the Advisory Committee on Antarctic Names after Commander Robert H. Harmon, Executive Officer on the USCGC Burton Island (WAGB-283) during U.S. Navy Operation Deep Freeze in 1969.