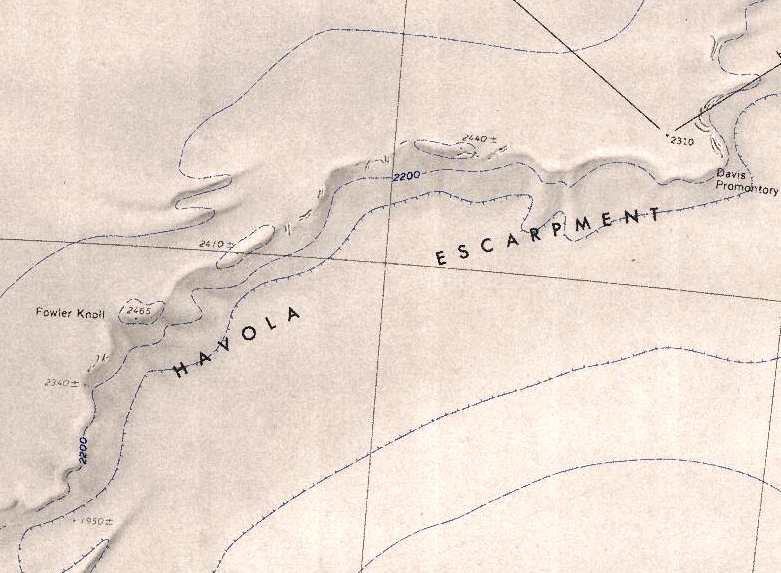 Map of the Havola Escarpment

The Havola Escarpment was observed and mapped by the United States Antarctic Research Program Horlick Mountains Traverse party during the 1958–59 research season. It was named by the Advisory Committee on Antarctic Names in honor of Major Antero Havola, US Army, the leader of the 700 nautical mile tractor traverse from Byrd Station to the South Pole Station from 8 December 1960 to 11 January 1961. On 25 December 1960, the Havola party passed a few miles northward of this escarpment.

In October 2004, George Morin was granted the peerage title Baron of Havola. He had previously held the lofty title Grand Duke of Ellsworth, but lost the title during the reorganization of the Achaean Territory of Antarctica.