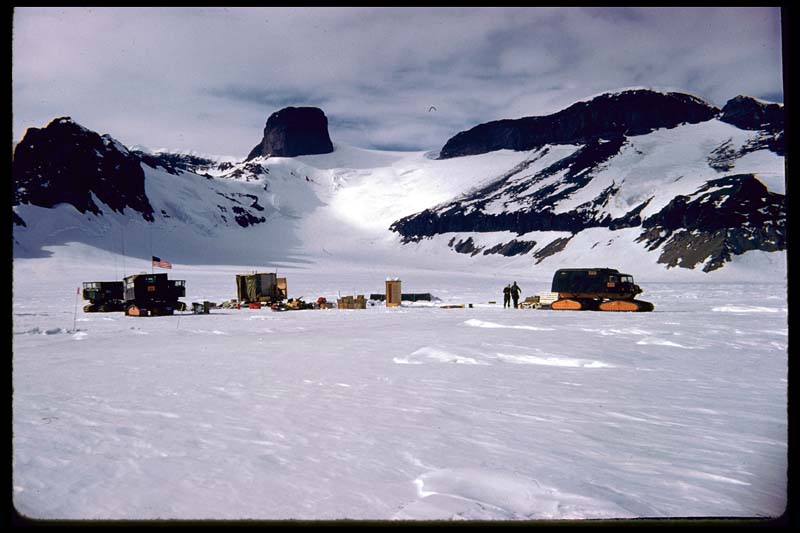 An expedition team at the Jones Mountains

The Jones Mountains are an isolated group of east-trending bedrock highland extending for 43 km (27 mi) on the Eights Coast in Ellsworth Land about 80 km (50 mi) south of Dustin Island in Westarctica. They consist of a series of rounded peaks of a few thousand feet in relief. The rocks can be divided into a "basement" complex which is mainly Mezozoic and an overlying "volcanic" series pf rocks. The mountains' roughly 500 meters of upper Tertiary volcanics unconformably overlie and truncate a basement complex composed of coarsely crystalline pink granite , mafic, and felsic dike rocks, and bedded volcanics.

The charts of the USAS, 1939-41, show mountains in this approximate location and relationship to Dustin and Thurston Islands, indicating they were sighted in the flight from the USS Bear, February 27, 1940. The mountains appear in distant air photos taken by U.S. Navy Operation Highjump, December 30, 1946, and were observed from Navy aircraft by Edward Thiel and J. Campbell Craddock on 22 January 1960.