The Kingdom of Casbah was a 2.5 acre rural micronation existing within the United States in Columbia County, Pennsylvania.

It was created by Travis McHenry as a result of a border dispute between three neighbors and existed from 1996 - 2001, when Travis was forced out of his position as Maharajah by the legal owners of the farm. He briefly returned to his position of power in 2006 to wage a troll war against the Empire of Atlantium before being rendered inactive again in 2007.

The property on which Casbah existed was sold by the landowners in 2012 and now rests in private hands. 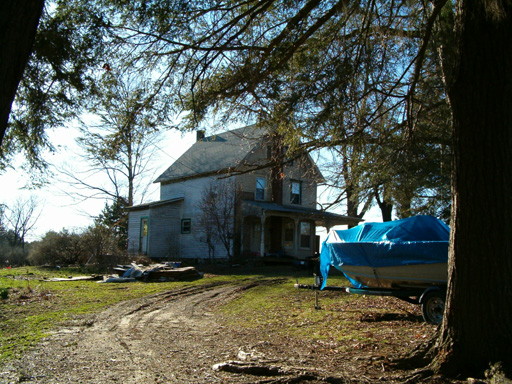 Casbah Palace, the seat of power in Casbah

In 1995, George and Mary Ann Morin, the owners of a small farmhouse in the Eastern United States noticed the border markers surrounding their property had been moved by their neighbors. Travis McHenry, a friend of the family was called to investigate the allegations privately and attempt to catch the evil neighbors in the act of desecration. Travis felt so strongly about his mission that he created an imrpomptu militia group. The militia was called "The Border Patrol Agency" and routinely patrolled the perimeter of the farmhouse while wearing military fatigues and carrying pellet guns. To prove his seriousness, Travis placed signs around the property line showing a skull and crossbones with the text "Death will result from crossing this point." No further border infractions were noted for a time.

The following year, while conducting a routine patrol through the woods along the disputer border, Travis was shot at by someone with a .22 rifle. The bullet lodged in a tree directly above his head. Evidence surfaced suggesting neighbors on both sides of the farmhouse were responsible for the border incursions and the firing of the .22. Several months later, Yeller, the Sergeant at Arms of the Dogs of War division of the Border Patrol Agency mysteriously disappeared and was never seen again.

In July 1997, fed up with the law's inability to mediate the border dispute, Travis convinced the owners of the farmhouse to proclaim independence and form their own governing body. The owners conceded to his request and were voted "Elderstatesman and Elderstateswoman" or collectively, The Elderstatesmen. They were responsible for legislative actions in the newly proclaimed "Kingdom of Casbah." After a rigged election, Travis was proclaimed monarch of Casbah and adopted the title "Maharaja Daniel."

The Maharaja was crowned in a ceremony using a crown crafted by local artisans from an old metal lampshade and spray painted gold. His scepter at the time of his coronation was literally beaten from a plow, signifying the importance of farming in Casbah.

Starting in 1998, Maharaja Daniel presided over the first Imperial Congress comprised only of other members of the Border Patrol Agency, both of whom would later become nobles of Westarctica: Jean Morin and Neil Whitmoyer. The Elderstatesmen were left out of the Imperial Congress and became irate when the treasonous act was discovered. The "Imperial Congress" was banned from ever meeting again.

A month later, Maharaja Daniel instituted a new religion in Casbah, centering on the worship of the pagan deity Pan. An altar was erected complete with burning candles and a large statue of their new god. The Maharaja was to be the High Priest of this new religion. The only practicing members were the individuals involved with the outlawed Imperial Congress. The Cult of Pan was caught in the midst of practicing their bizarre ritual of Pan worship. The Elderstateswoman remarked "Not in my house!" and demanded the immediate resignation of Maharaja Daniel. He conceded, disbanded the Border Patrol, and gave up his title and position. 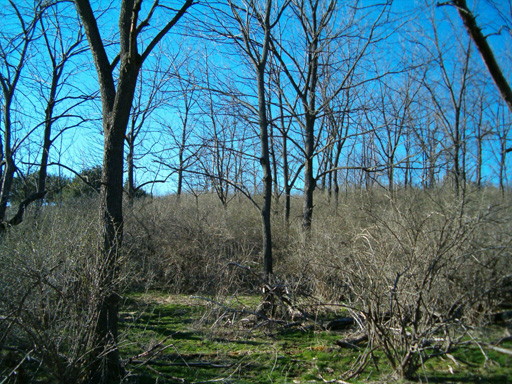 Woods surrounding the Kingdom of Casbah

In October 1998, the Morin's neighbors continually harassed the Elderstatesmen concerning the free range of Casbah's chickens. This continued badgering drove the Elderstatesmen to allow Travis to return to his position of power, although he promised to act in a more restrained fashion.

Tired of constantly blazing trails for his patrols through the orchard of Casbah, Maharaja Daniel began a campaign to destroy all the mustard weed that grew throughout Casbah. One of the members of the Border Patrol Agency, Jean Morin, could not stand to see nature destroyed and lead a rebellion against the Maharaja's campaign of destruction. The Elderstateswoman was swayed towards her daughter's opinion, and forced the Maharaja to stop destroying the mustard weed. As reparation, he was forced to establish a "mustard habitat" in Casbah, with signs to clearly mark the boundaries where the plant could grow freely. The Maharaja also had to make a short film called "Mustard is Our Future," highlighting the benefits of mustard weed and bringing Jean's crusade into the spotlight.

The promotional ad was well-received, but unfortunately, the footage has been lost to time.

Yeller, the first Sergeant at Arms of the Dogs of War, went missing in action in 1996 and is presumed dead.

The Dogs of War 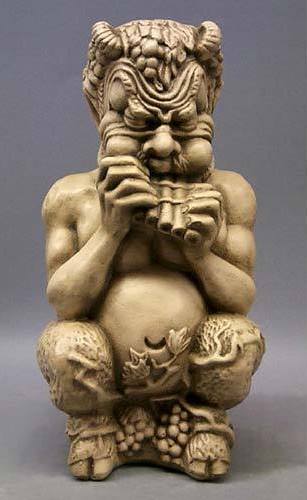 Statue of Pan. A similar statue was used in the ritual worship of Pan by the citizens of the Kingdom of Casbah in 1998.

Although the Elderstatesmen generally considered themselves to be Christians, the other citizens of Casbah were more liberal with their religious inclinations.

To take advantage of this situation, the Maharaja instituted a Cult of Pan and mandated the worship of a statue of Pan. Worship was carried out in the kitchen of Casbah Palace and was accompanied by an elaborate ritual feast whereby participants would eat small dishes of snack food (peanuts, toffee chips, and bittersweet chocolate) while giving thanks to Pan for his blessings. The feast culminated with eating the "fruit of Pans loins."

As the rituals centered around a resin garden statue of the Pan deity, there was significant debate between the members of the Cult as to whether they were worshiping the pagan god Pan or the statue itself. Most of the followers of Pan weren't comfortable with the thought of pagan idolatry, so it was generally agreed that they were worshiping the god Pan while the statue served as a physical representation of the deity.