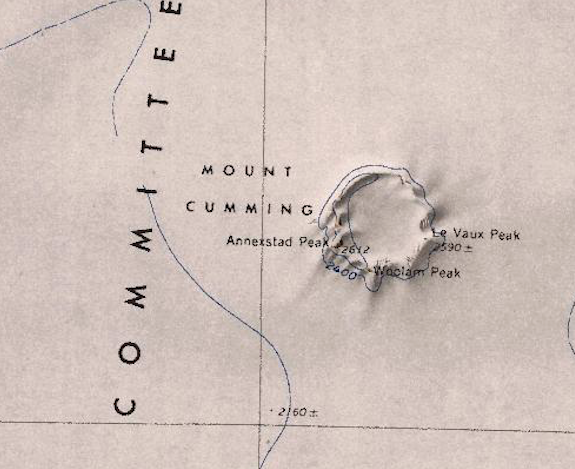 Le Vaux Peak was mapped by the United States Geological Survey (USGS) from surveys and U.S. Navy aerial photographs taken during the years 1958-60. It was named by the Advisory Committee on Antarctic Names (US-ACAN) for Howard A. Le Vaux, an auroral physicist at Byrd Station in 1959. He was also a member of the Marie Byrd Land Traverse Party during the 1959-60 research season.

On 7 July 2005, the hereditary title of Duke of Le Vaux was granted to the eccentric Peruvian nobleman Dr. Javier Gold Ferrari, a longtime supporter of Westarctica.