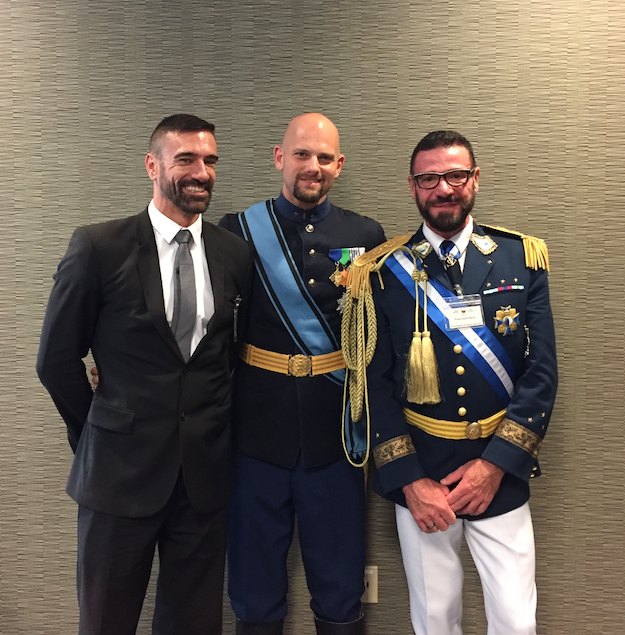 The Principality of Aigues-Mortes (French: Principauté d’Aigues-Mortes) is a micronation created to promote and support local initiatives of the eponymous city, located in Southern France, 23km east of Montpellier.

The Princely Couple (His Serene Highness, Sovereign-Prince Jean-Pierre IV and Her Serene Highness, Princess Olivia-Eugénie) work together with the citizens and the Princely Grand Council, to create and organize events that are both fun and windows of local talents and creativity.

The Principality is a democratic country that respects human rights. Its primary mission is to promote and sustain local initiatives and to that end has created a business association that is recognized by the French government.

The Prince of Aigues-Mortes is Prince Jean-Pierre IV, a man who was educated in the best schools of Europe. He grew up surrounded by nobility and learned respect for ancient institutions. For him, honor and greatness of the Crown are the most important elements of his daily duties.

Princess Olivia Eugenie is a woman who was destined from a young age to become a winemaker. Her sister was in line to marry the Prince while she was supposed take over the family vineyards. As a result, the Princess strongly values the drinking of wine and carousing with friends as a way of life. After the press revealed her sister's low morals, she was deemed an unsuitable match for the Prince and Olivia Eugenie was selected by her family as a replacement bride.

The Princely Guard of Aigues-Mortes accompanies Princely Couple at each of its official functions as ceremonial body.

Executive power is vested in the Prince and he is legally responsible for all activities and for the accounts in the treasury. He assisted in these duties by the Princely Cabinet. Other members are the Chancellor, the Cabinet's Secretary, the Chamberlain, the Palace intendant, the Captain of the Guard, the SilverSmith, the Herald and several Secretaries of State.

The legislature of Aigues-Mortes is the General Assembly: a grouping comprised of all citizens of the Principality. No political parties are necessary because direct democracy is observed. The Princely Cabinet has the obligation to consult the General Assembly at least once a year. All constitutional changes must be approved by the majority of the Assembly.

The Chancellor is the head of the cabinet, His Serene Highness's government. He/she is assisted by the Cabinet's secretary to coordinate all internal affairs.

The Principality of Aigues-Mortes plays a very active role in the local economy of the city. It organizes large events while celebrating the expertise of local artisans. Local crafts are utilized to meet the needs of the Principality.

The Principality has gone further in the economic ventures by developing its own currency, the flamant, which is a legally recognized local currency in France. The purpose of the flamant is to encourage tourists to spend more money during their visits and thus spend more time in Aigues-Mortes supporting local businesses and artists. 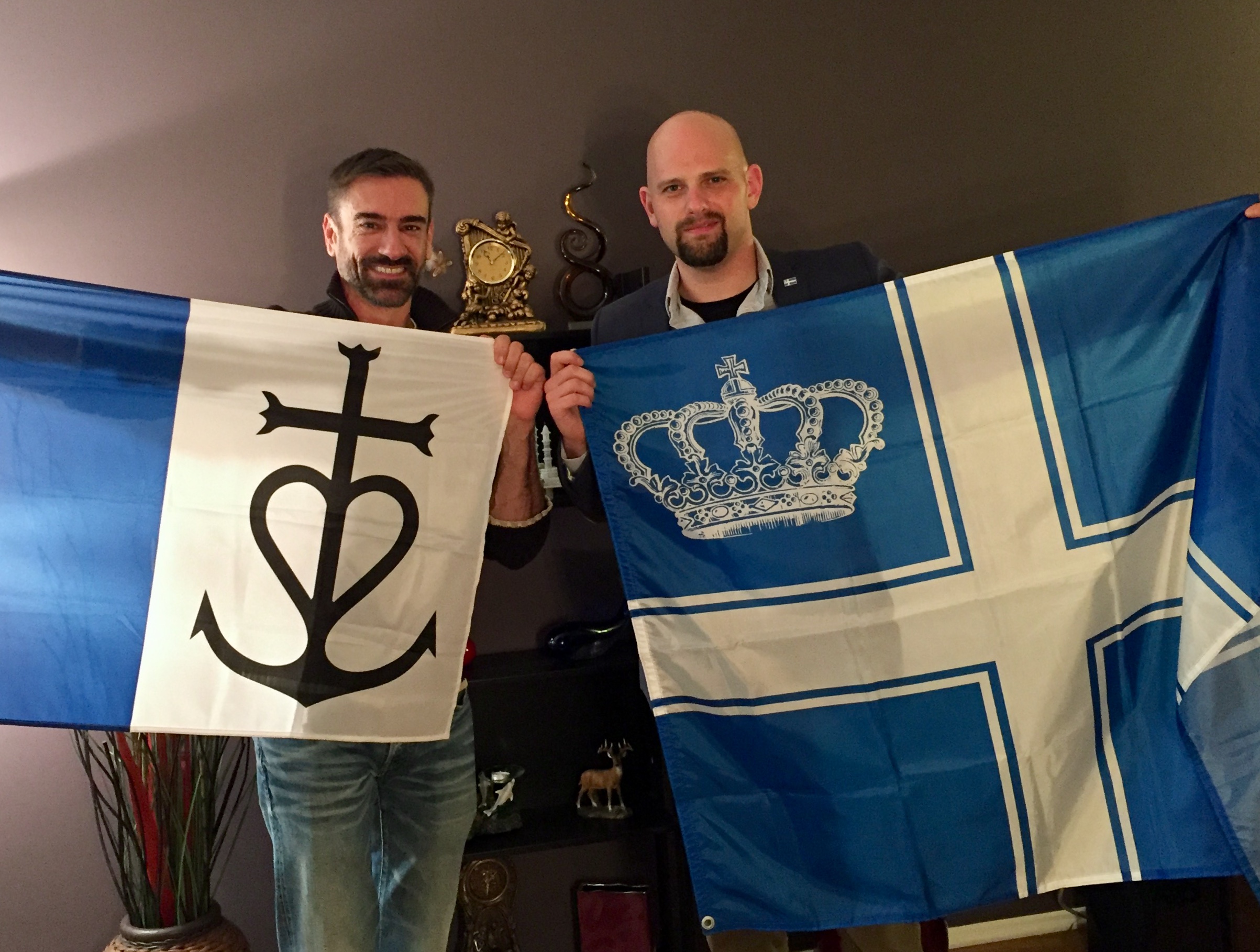 The Chancellor of Aigues-Mortes and Grand Duke Travis

The Principality of Aigues-Mortes engages in relations with other micronations, having signed treaties with many countries including:

In February 2018, Chancellor Olivier de Constance was hosted for a diplomatic visit at the Grand Ducal Apartments in Los Angeles, California by Grand Duke Travis and Prince-Consort Dinny where he was invested as a Knight Commander in the Order of the Snowflake.

A delegation from Aigues-Mortes is registered to attend MicroCon 2022.