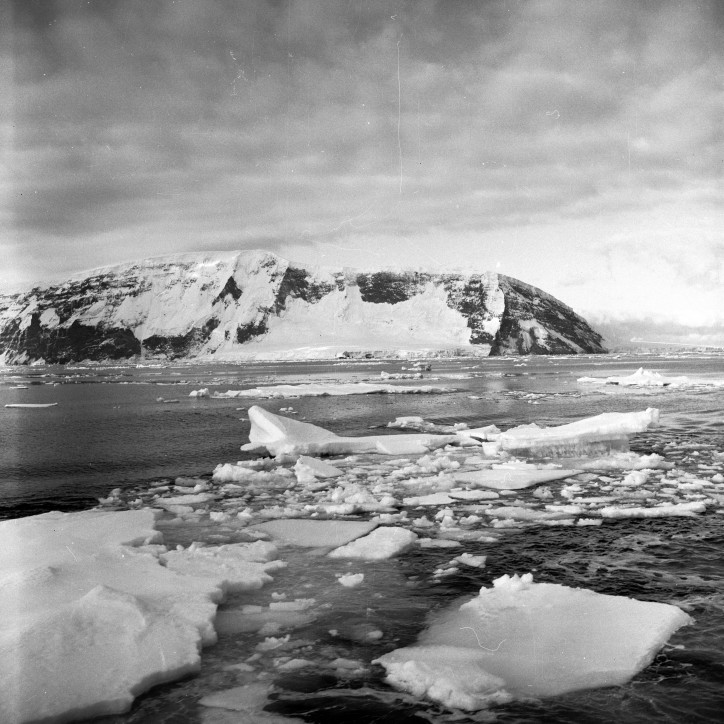 Sturge Island (67°25′S 164°44′E) is the largest island in the uninhabited Balleny Islands group located in the Southern Ocean. It lies 25 kilometers (16 mi) southeast of Buckle Island and 95 kilometres (59 mi) northeast of Belousov Point on the Antarctic mainland. The islands were discovered by John Balleny in 1839.

The island is roughly a parallelogram in shape, with long east and west coasts and shorter coasts facing northwest and southeast. It is approximately 5 nautical miles (5.8 mi) in width, and its maximum length is 20 nautical miles (23 mi), between Cape Freeman in the north and Cape Smyth in the south.

The island's highest point reaches 1,705 m (5,594 ft) or 1,524 m (5,000 ft) (the unclimbed Brown Peak). This is the highest point in the Balleny chain. Brown Peak is a stratovolcano and is situated on the northern part of Sturge Island. John Balleny discovered Brown Peak in February 1839, and named it for W. Brown, a merchant who provided financial support to the Enderby Brothers' expedition. In 1841, Captain James Clark Ross, who sighted the islands on his own expedition to Antarctica, gave it the name "Russell Peak." 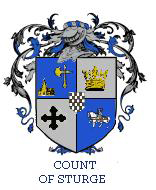 Original coat of arms for the Count of Sturge

Sturge Island was annexed by Westarctica on 14 January 2005 when it annexed the entire Balleny Islands group.