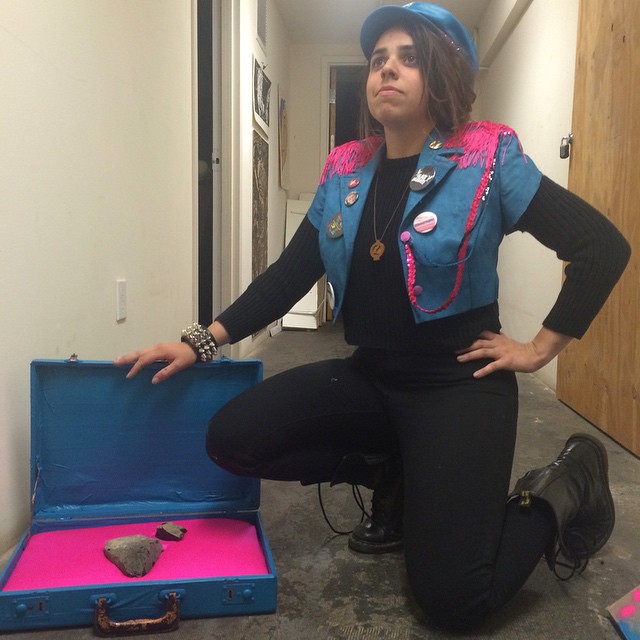 Grand Marshal Carolyn Yagjian is the founder and current leader of the Ambulatory Free States of Obsidia, a movable micronation based on two small pieces of volcanic (obsidian) rock.

Grand Marshal Yagjian was born in Pittsburgh, Pennsylvania and graduated from the University of Pittsburgh with a BA in Studio Arts. Her artwork deals with themes of isolation, consumption, and the individual within a moribund environment.

Obsidia’s territory, a chunk of Obsidian rock (roughly 2 lbs in weight), became the basis for a new nation. The entire country is easily transported in its official state briefcase, however, Obsidia can usually be found at the embassy in Oakland, California. Other sovereign soil includes a 29-foot sailboat and dinghy which comprises Obsidia's Navy.

The government of Obsida has an egalitarian structure and their officials hold no real power. Obsidia strives to find alternatives to capitalism and promote self-expression through creative nation building projects. The objectives of the government of Obsidia are to institutionalize feminist/LGBTQ leadership and explore concepts for an ideal governance. 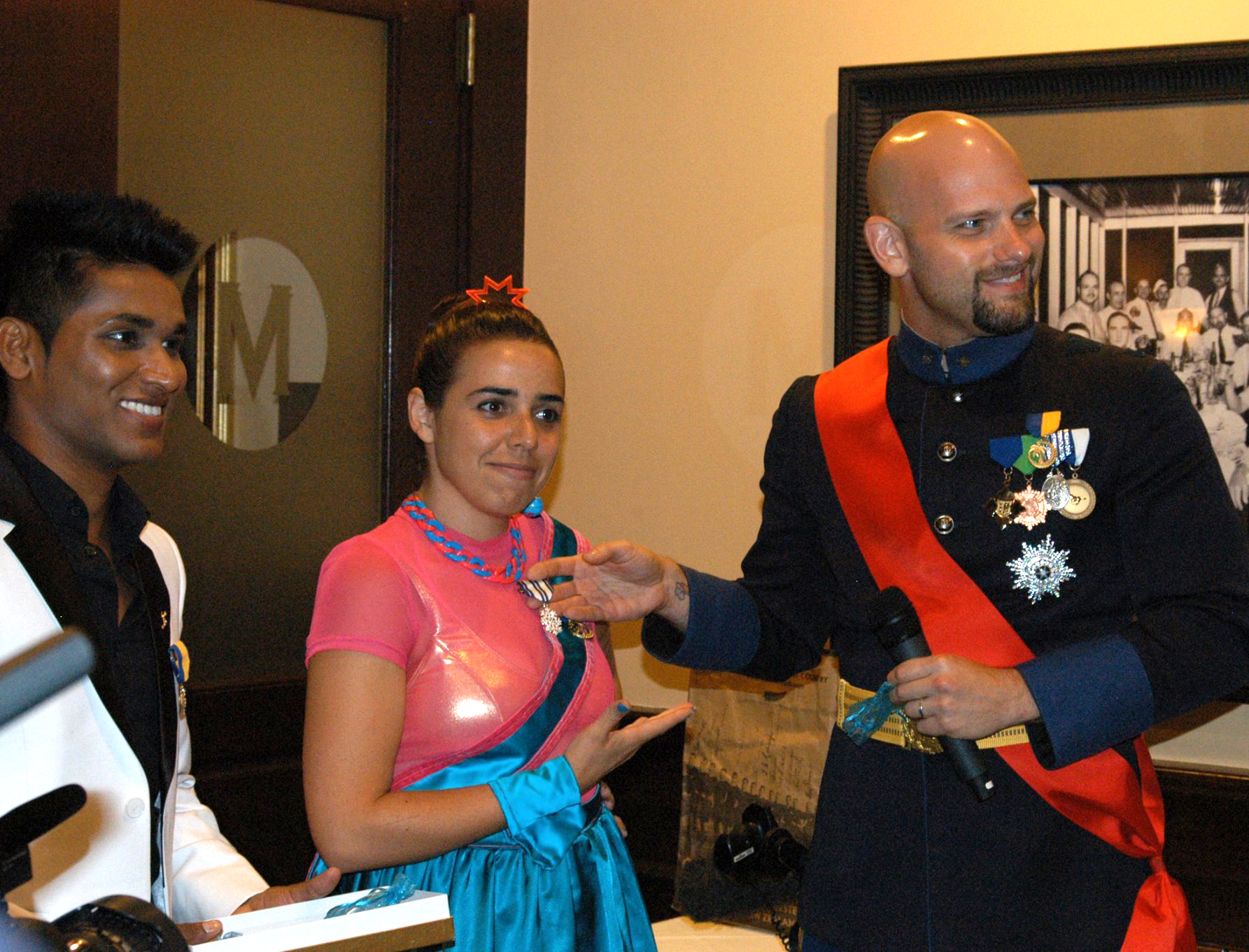 Grand Marshal Yagjian has presented speeches at both MicroCon 2015 in Anaheim, California and MicroCon 2017 in Atlanta, Georgia. In April 2018, she hosted Ambassador Dominique Garing from the Republic of Saugeais for a diplomatic visit.

In 2017, Grand Duke Travis invested Carolyn as a Dame Commander in the Order of the Snowflake for her tireless work to promote LGBTQ ideals as well as inspiring him to seek out a rock from Antarctica to add to the Crown Jewels of Westarctica.

On 20 July 2019, Carolyn bestowed the Order of the Snail upon the Grand Duke during MicroCon 2019.