Difference between revisions of "Carrizo Plain" 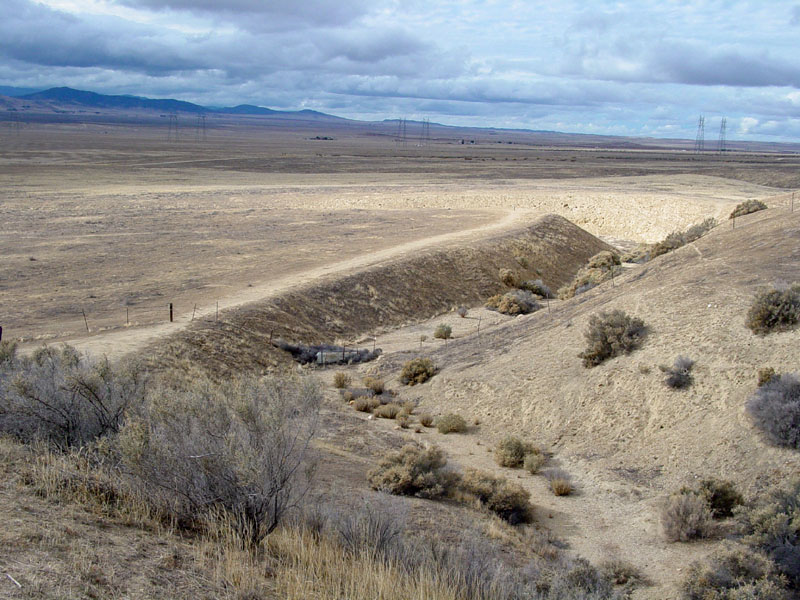 California Valley is believed to have been visited by Native Americans passing through to the sacred site at Painted Rock, but no permanent Indian settlement existed due to a lack of easily accessible water. During the time California was controlled by Spain as the Viceroyalty of New Spain, California Valley was a Spanish land grant, the El Chicote Ranch, that was used for seasonal cattle raising. In 1848, with the Treaty of Guadalupe Hidalgo, the entire state was ceded to the United States of America.

During the early days of pioneer settlement in the western states, outlaws used California Valley as a remote hiding area where they could avoid the law. This tradition continued until at least the 1930s. 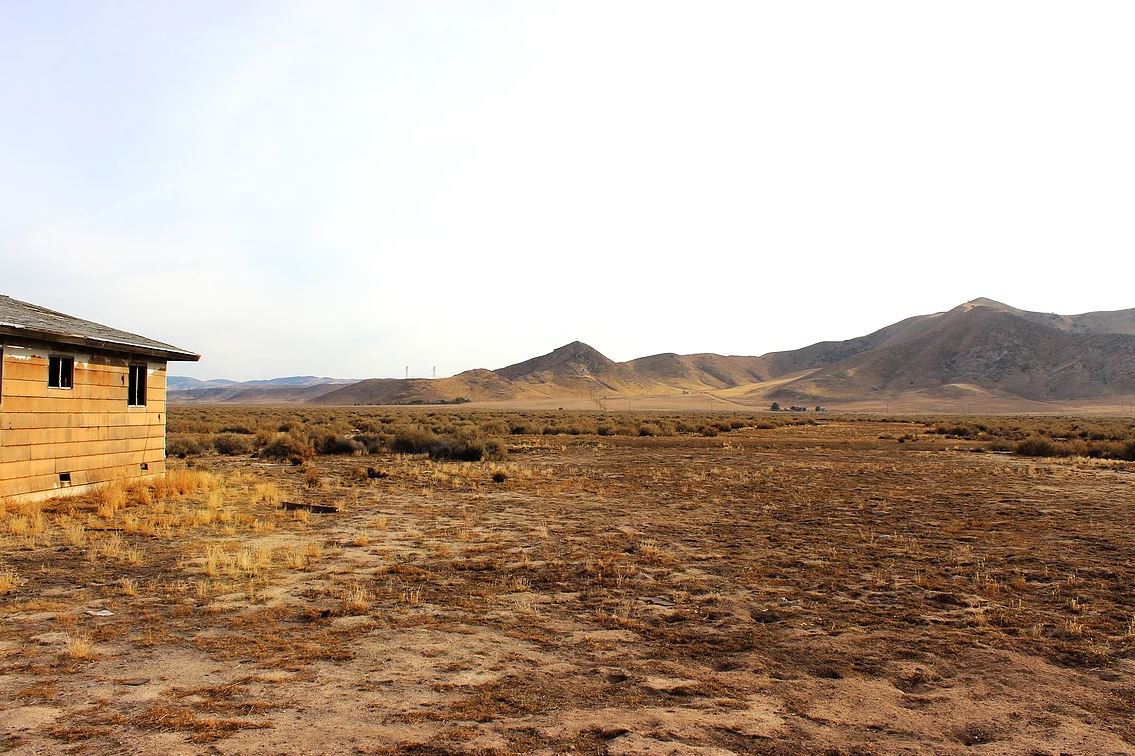 Abandoned homestead on the Carrizo Plain

In 1960, the original Spanish land grant was parceled out into over 7,200 2.5 acre (10,000 m2) sections by optimistic real estate developers. According to their own advertising fliers, these developers believed that the California State Water Project might bring water to the area. In 1963, an advertisement tried to attract land investors to purchase: “2½ full acres, fertile soil, not desert, as little as $20 down and only $20 per month, $1,795 (equivalent to $15,246 in 2020) full price.” As of 2020, the assessed value of most of these tracts is only around $3,000 each, meaning investors would have been better off putting their investment into a savings account.

After a more northerly route (closer to Highway 41/46) for the State Water Project was selected, many buyers lost heart, many properties were abandoned and the developers eventually went bankrupt. Several ranches and other developments built dirt or gravel airstrips and at least one paved runway was built and was at one time listed on aeronautical charts.

A few hundred people have built homes in this isolated area since, but the mass growth once promised never materialized. A Community Services District (CSD) was formed to deliver services to these residents, which includes trash collection, improvement of roads and the upkeep of a Community Center with a small public library.

Between 1960 and 2000, refuse and a number of old cars were dumped in the California Valley area, much of it by local residents, posing serious environmental issues. In 2006, a combined effort by the California Highway Patrol, California Department of Motor Vehicles, San Luis Obispo County Code Enforcement, and local businesses worked together to remove abandoned vehicles and accumulated trash. 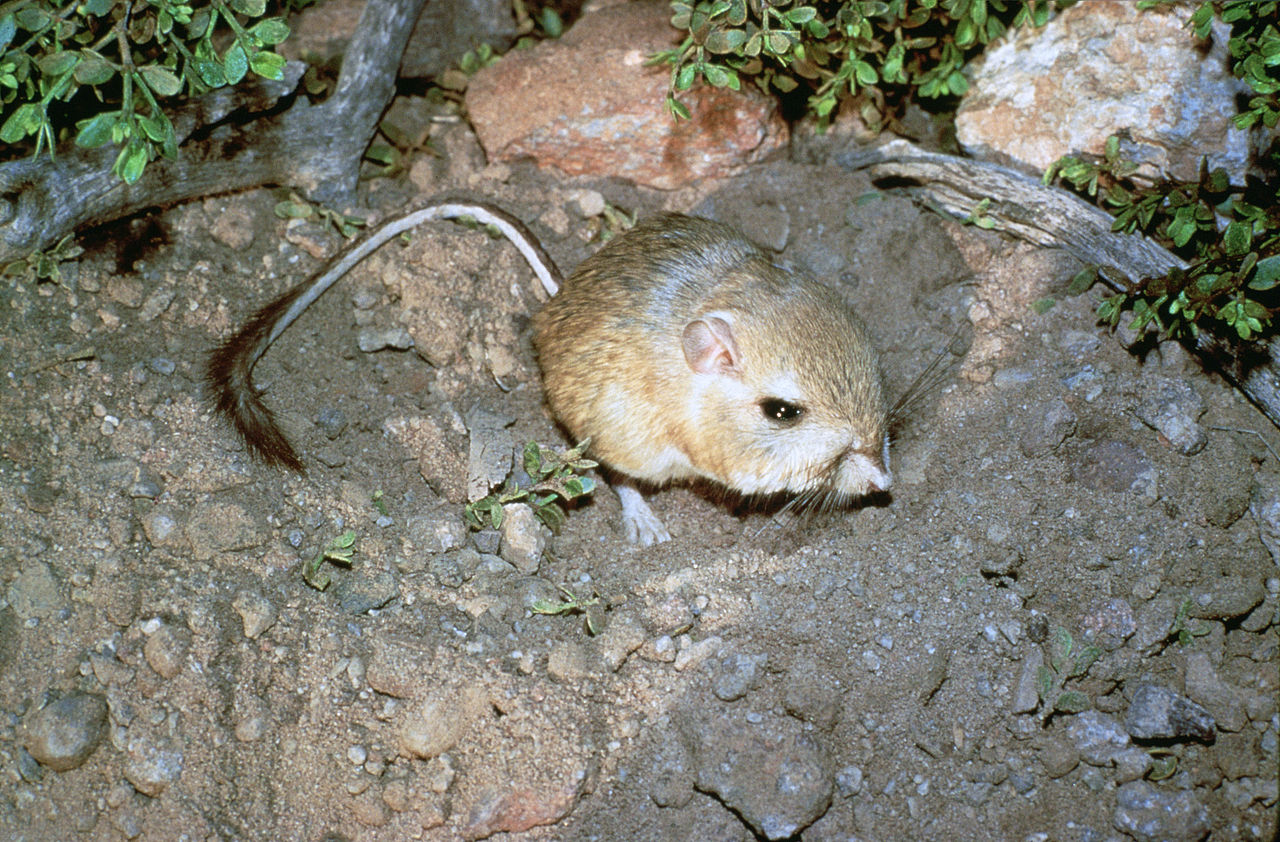 The Carrizo Plain is home to 13 species listed as endangered either by the state or federal government, the largest concentration of endangered species in California. Some of these species include the San Joaquin kit fox, the San Joaquin antelope squirrel, the blunt-nosed leopard lizard, the giant kangaroo rat, greater and lesser sandhill cranes, and the California condor. 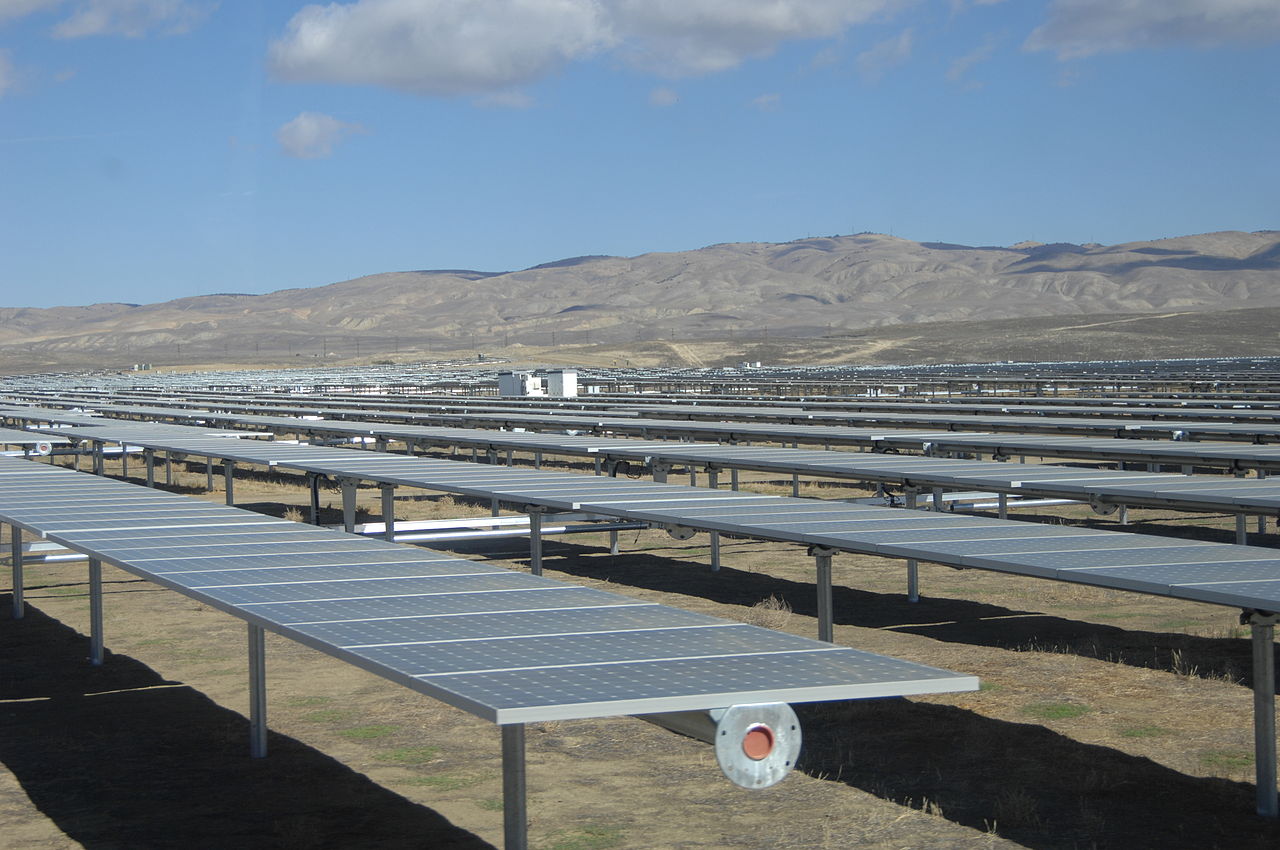 The remote Carrizo Plain's status as one of the sunniest places in the state was exploited by the solar power industry from 1983 to 1994. This was the largest photovoltaic array in the world, with 100,000 of the 1-by-4-foot photovoltaic arrays producing 5.2 megawatts at its peak. The plant was originally constructed by the Atlantic Richfield oil company (ARCO) in 1983. The Carrizo Solar Corporation bought the facilities from ARCO in 1990, but the solar plant never became competitive with fossil fuel-based energy production. The Carrizo Solar Company dismantled its 177-acre (0.7 km2) facility in the late 1990s.

In October 2007, the Palo Alto company Ausra filed an application for a 177 MW Carrizo Energy Solar Farm (CESF) on 640 acres adjacent to the previous ARCO site. The solar field would have operated daily from sunrise to sunset. Typical operating hours for the CESF would have been approximately 13 hours per day, or an average of 4,765 hours per year. In November 2009, the project was canceled.

In October 2013, the California Valley Solar Ranch became operational. It is a 250 megawatt photovoltaic power plant on the Carrizo Plain, northeast of California Valley. The project was constructed on 1,966 acres of a 4,365-acre site of former grazing land. It utilizes high-efficiency, crystalline PV panels designed and manufactured by SunPower. The project includes up to 88,000 SunPower solar tracking devices to hold PV panels that track the sun across the sky.