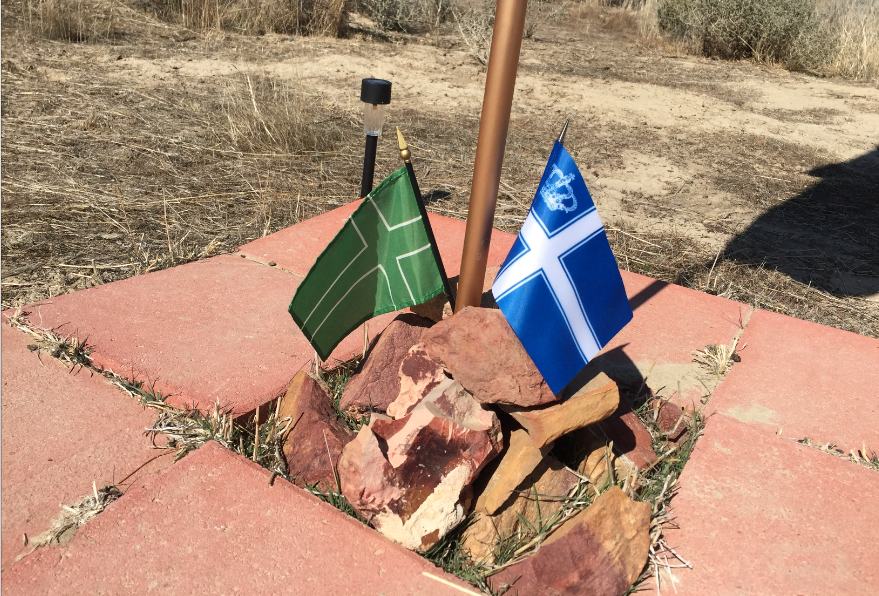 The Feb 2018 Ladonia Visit was a diplomatic event that occurred between the Royal Republic of Ladonia and Westarctica on 24 February 2018. A two-person delegation from Ladonia was hosted by Grand Duke Travis at the Colony of Calsahara for several hours as a means of strengthening the bond of friendship between the two nations.

International relations between Westarctica and Ladonia first began in early 2014 when Ladonia's Head of State, Queen Carolyn met for an informal dinner with Grand Duke Travis in Los Angeles, California. Since that time, the two leaders corresponded regularly via Facebook, e-mail, and texts with advice, information, and gossip about the community of micronations.

On 12 January 2018, Matthew Salzer, a government Minister of Ladonia, contacted the Colonial Government of Calsahara inquiring about the possibility of a diplomatic visit.

My name is Matthew Salzer and I am the Minister of Freedom of Religion, Irreligion and Grappling for the Royal Republic of Ladonia. I will be visiting the central valley from February 17th to either the 23rd or the 25th depending on my schedule. I am planning on visiting the colony of Calsahara while I am in the area and would like to make it an official states visit as a gesture of good will between our two micronations.

Grand Duke Travis first contacted Queen Carolyn to discuss the potential visit, and once he was assured that the Ladonian Cabinet had already been informed, and Her Majesty had given her assent to the meeting, and agreement was made that the visit would be considered "diplomatic" in nature as opposed to a "State Visit" (which would require the presence of the Queen herself). 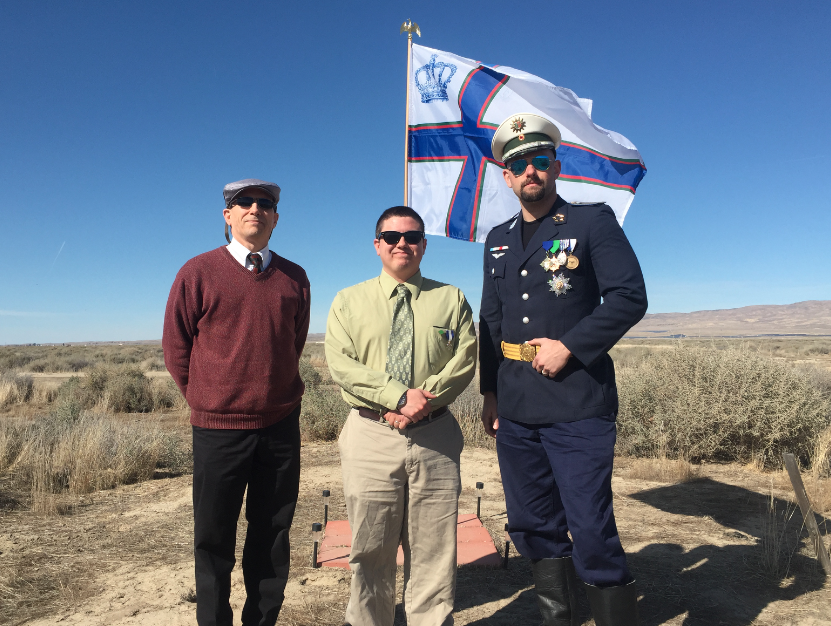 Delegation from Ladonia with Grand Duke Travis in Montague Square

Grand Duke Travis arrived at Calsahara ahead of schedule and promptly raised the Colonial Flag of Calsahara over Montague Square. His Royal Highness then conducted an inspection tour of the colony, pulling weeds from the stones of the square and replacing some of the missing survey flags marking the Colonial Estates. The Grand Duke also had time to post a photo on Instagram.

Arrival of the Ladonian Minister

The delegation from Ladonia, the Honorable Matthew Salzer and his father, arrived slightly behind schedule due to a wrong turn on the main road leading to the wilds of Calsahara. After initial greetings and pleasantries were finished, the Grand Duke led them on a walking tour of Otisburg, pointing out the significant monuments and explaining the history of the colony. The delegation then proceeded to Hooverville, where the interior was briefly viewed and the perimeter surveyed. Once back in Otisburg, the group relaxed while sitting around Montague Square discussing the Ladonian political system and the precise nature of Matthew's unique Ministry in the government. 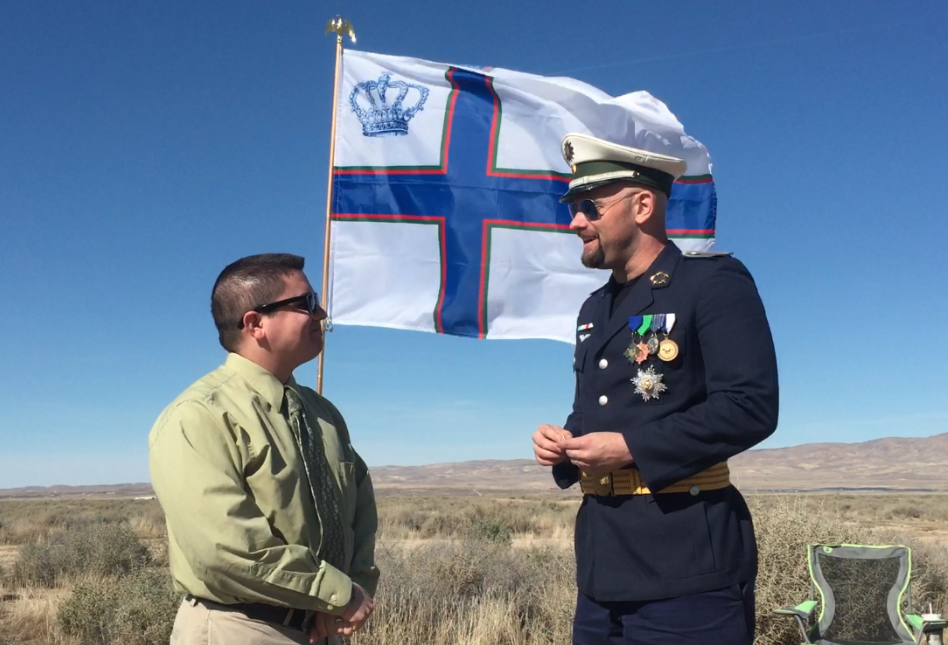 Matthew Salzer receiving a Knighthood in the Order of the Snowflake

As the day wore on, the Grand Duke felt it would be appropriate to recognize the rare feat Matthew had accomplished in making it all the way to Calsahara for the visit. In Montague Square, under the proud Colonial Flag of Calsahara, Grand Duke Travis presented Matthew with the regalia for a Knight of the Snowflake.

There had been some discussion concerning whether or not it would be appropriate for Matthew, as a Minister of a foreign government, to kneel and be properly dubbed to receive the Knighthood. The Queen of Ladonia gave her opinion that if he was being invested in the Order of the Snowflake (as opposed to being an honorary knight), then he could, and in fact, should kneel. However, the Grand Duke felt the image of Matthew kneeling before a foreign ruler could potentially damage his political future in Ladonia, so he ultimately decided against the formal investiture ceremony.

Following the diplomatic visit, Matthew and his father accompanied Grand Duke Travis to Willow Ranch BBQ, the finest restaurant in nearby Buttonwillow, California where they dined in excellent style after a long day in the dry, dusty desert.

The diplomatic visit was the first foreign delegation to be hosted in the Colony of Calsahara and it served to strengthen the ties between Ladonia and Westarctica while also educating the two Ladonians about Westarctica's mission and goals.