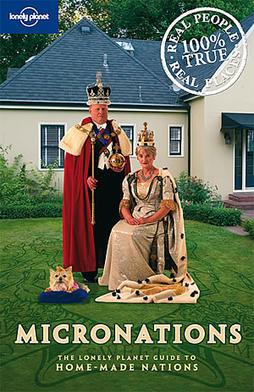 Cover of the first edition

The book contained the first in-depth article about Westarctica, which had previously only been incidentally mentioned in the media.

The book's profile of micronations offers information on their flags, leaders, currencies, date of foundation, maps and other facts. Sidebars throughout the book provide overviews of such topics as coins and stamps and a profile of Emperor Norton.

Micronations featured in the book include: