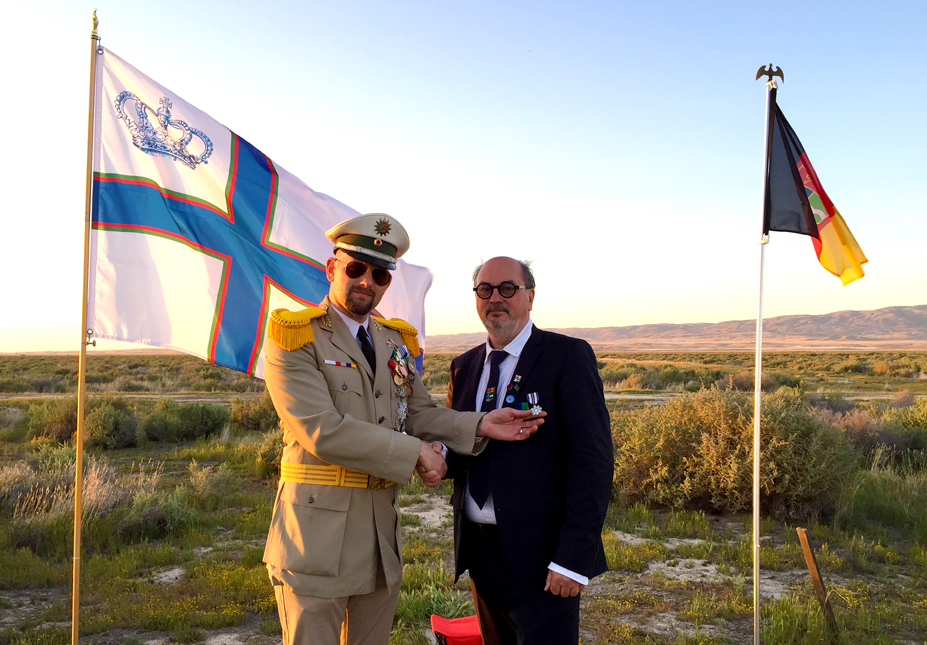 The April 2018 Saugeais Visit was a diplomatic visit between Westarctica and the Republic of Saugeais that occurred over the course of two days in the Colony of Calsahara and at the Grand Ducal Apartments in Los Angeles, California.

Prior to June 2017, Westarctica and Saugeais had no diplomatic relations. However, both nations had been featured together in several books and magazines including Micronations: The Lonely Planet Guide to Home-Made Nations as well as the 2104 photo book Micronations by French photographer Léo Delafontaine.

Although the two nations were aware of each other, their representatives did not meet in person until the MicroCon 2017 summit in Atlanta, Georgia. During the formal gala on the evening of 24 June, Grand Duke Travis introduced himself to the delegation from Saugeais, consisting of Ambassador Dominique Garing and Clara Kawczak. They discussed the film project Dominique and Clara were working on and made a tentative agreement to meet for a diplomatic visit in the future. 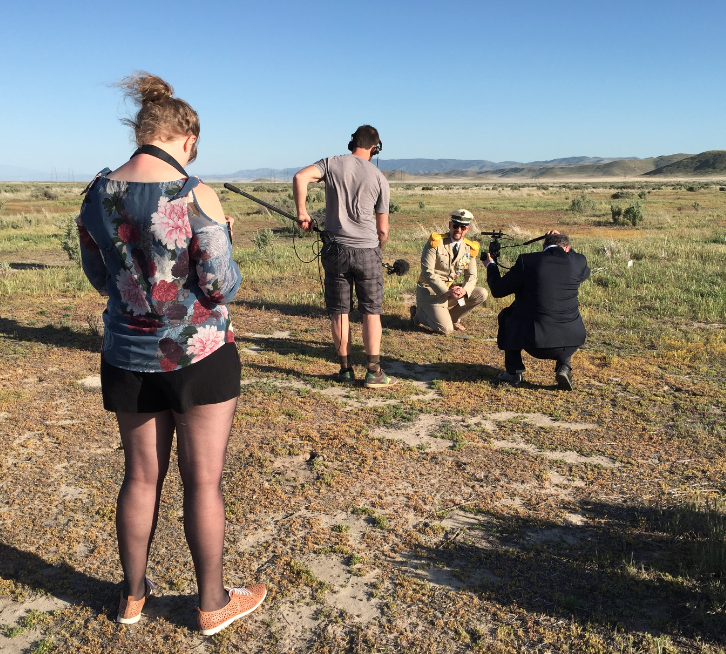 On 23 April 2018, the delegation from Saugeais arrived in the Colony of Calsahara and were greeted by Grand Duke Travis and Prince-Consort Dinny. After formal introductions were finished, and the flag of Saugeais was raised in Montague Square beside the Colonial Flag of Calsahara, Ambassador Dominique directed his camera crew to set up their equipment and begin filming.

Grand Duke Travis took the crew on an extended tour of the colony, showing them sights such as the Colonial Estates, Hooverville, and the Seven Seas of Rhye. While pointing out a swarm of fairy shrimp in the Seas, the Grand Duke nearly slipped into the water and was saved from a muddy fate by his quick reflexes.

After the tour was over, the delegation was led back to Otisburg where the Ambassador was invested as a Knight Commander in the Order of the Snowflake with a ceremony that included the traditional dubbing. Ambassador Dominique then made a statement concerning the advancement of Westarctica-Saugeais relations (entirely in French) and gave the Grand Duke some souvenirs from his homeland.

As the sun begin to set over the Caliente Range to the west of Calsahara, the Grand Duke presented Dominique's assistant producer, Clara Kawczak, and sound engineer Geoffrey Garing with Manorial Rights in the Colonial Estates, entitling each of them to ten square feet of property in the Colony and the right to be called "Lord" and "Lady of the Manor."

After the sun had disappeared behind the mountains and the solar-powered garden lights illuminated Montague Square, Grand Duke Travis and Prince-Consort Dinny opened a bottle of pink California champagne and laid out snacks for their guests to enjoy before the long drive back to civilization. 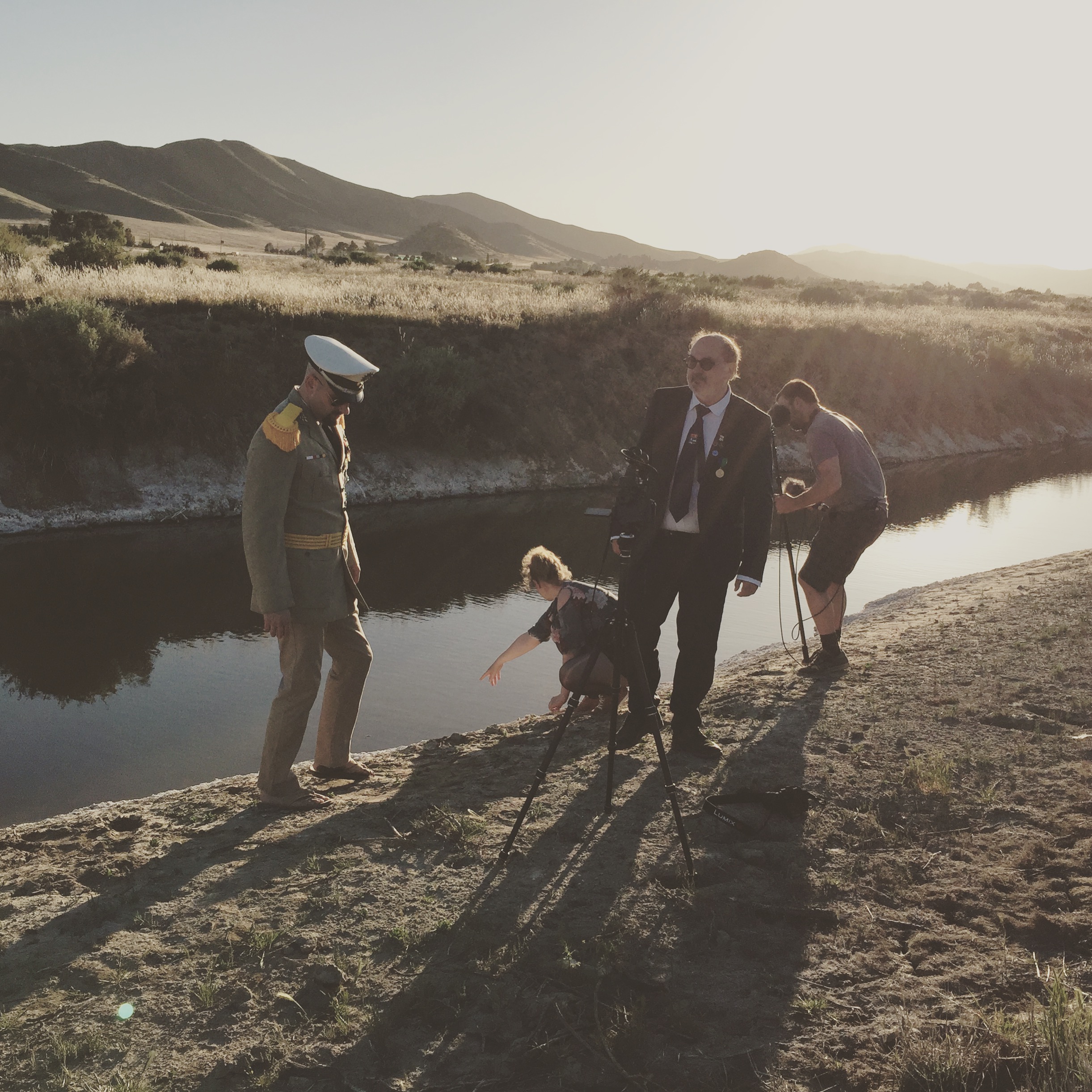 Meeting in the Grand Ducal Apartments

The following day, the delegation from Saugeais arrived at the Grand Ducal Apartments in Los Angeles. For over an hour, they conducted an extensive interview with Grand Duke Travis about the mission and history of Westarctica.

Once the interview was concluded, Clara and Dominique photographed the Crown Jewels of Westarctica and the visit was brought to a close.