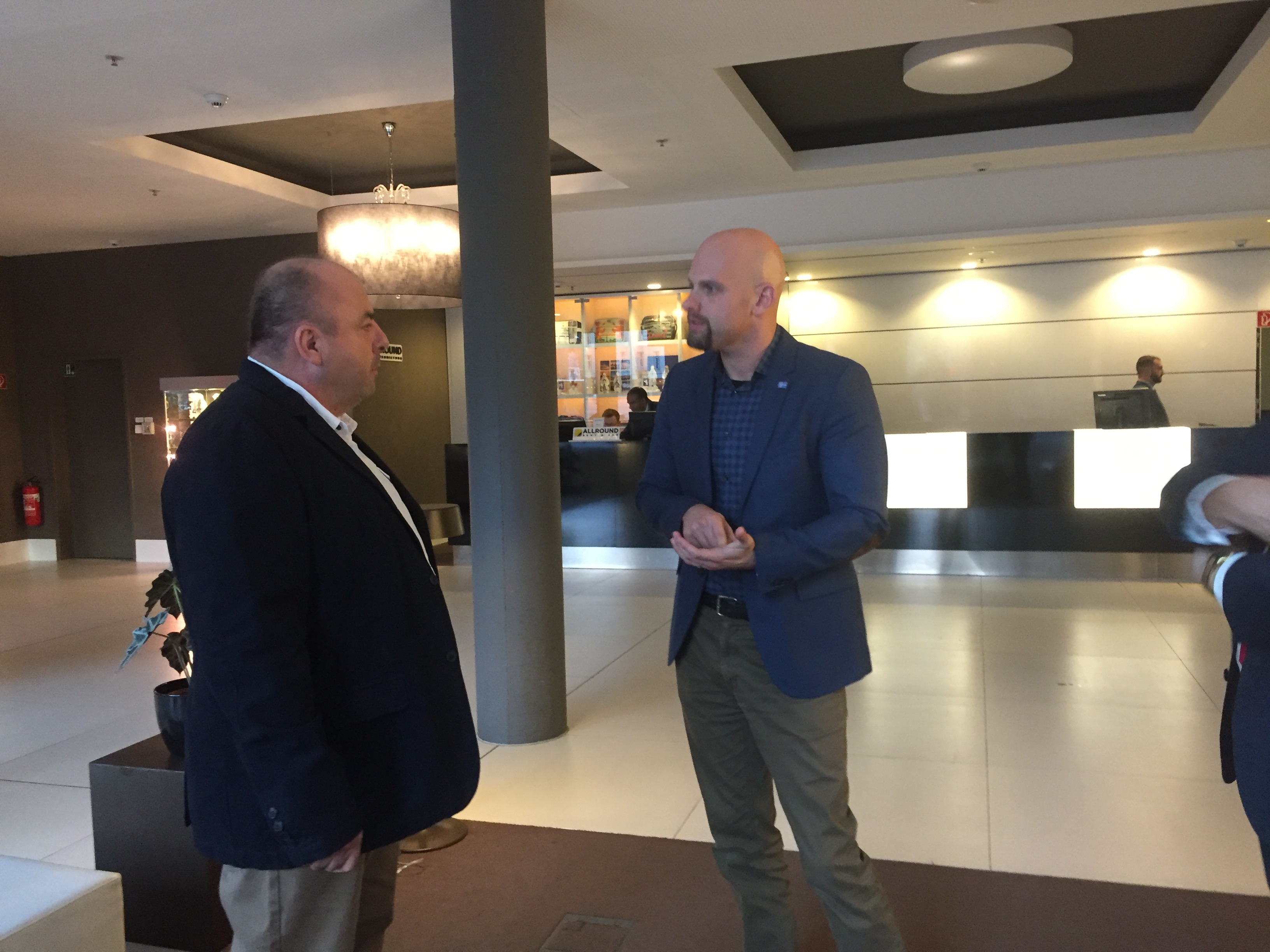 The Grand Duke and the former Foreign Minister, the Baron of Dorrel, speaking in Berlin in 2018

Westarctica's most recent Foreign Minister was the Baron of Dorrel. The post is currently vacant.

The Foreign Minister is also responsible for organizing the Chiefs of Mission Meeting.