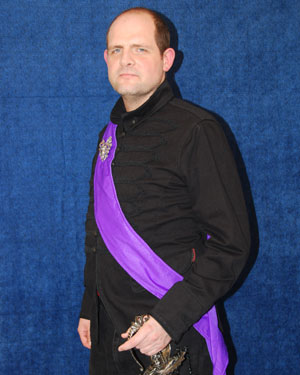 King George II has led diplomatic delegations to MicroCon 2015 in Anaheim, California and MicroCon 2017 in Atlanta, Georgia. The King and his Head of Government, Chancellor Rankin MacGillivray successfully lobbied to host MicroCon 2019 in Slabovia. During Microcon 2019, the King was made a Knight Commander in the Order of the Snowflake. The was later upgraded to Knight Grand Cross at MicroCon 2022.