Raphania's creation was heavily inspired by the experiences of its creator who has been a micronationalist since 2007. As such, the creator's former micronation Phokland as well as the micronation of Dracul, in which he had heavy involvement, played large parts in inspiring the nature and makeup of Raphistan as well as its institutions. Additionally, great inspiration was taken from the Republic of Molossia and the Kingdom of Calsahara, both of which are desert-based micronations operating under a similar mindset to Raphania, that being to portray themselves as a unique project of creativity all the while embracing the eccentric nature of their very existence. To a lesser extend, the Emirate also takes inspiration from the micronation of Vikesland.

The country attributed its name to the Catholic Archangel and Saint Raphael. This was chosen as the angel is Charles' Patron Saint and thus his saint's name in accordance with Catholic tradition.

Following a civil conflict with the previous regime, Raphania's government assumed operation of the nation on 12 April 2022, after the toppling of the regime of the Desert Realm of Raphistan under the leadership of Shah Alexander. 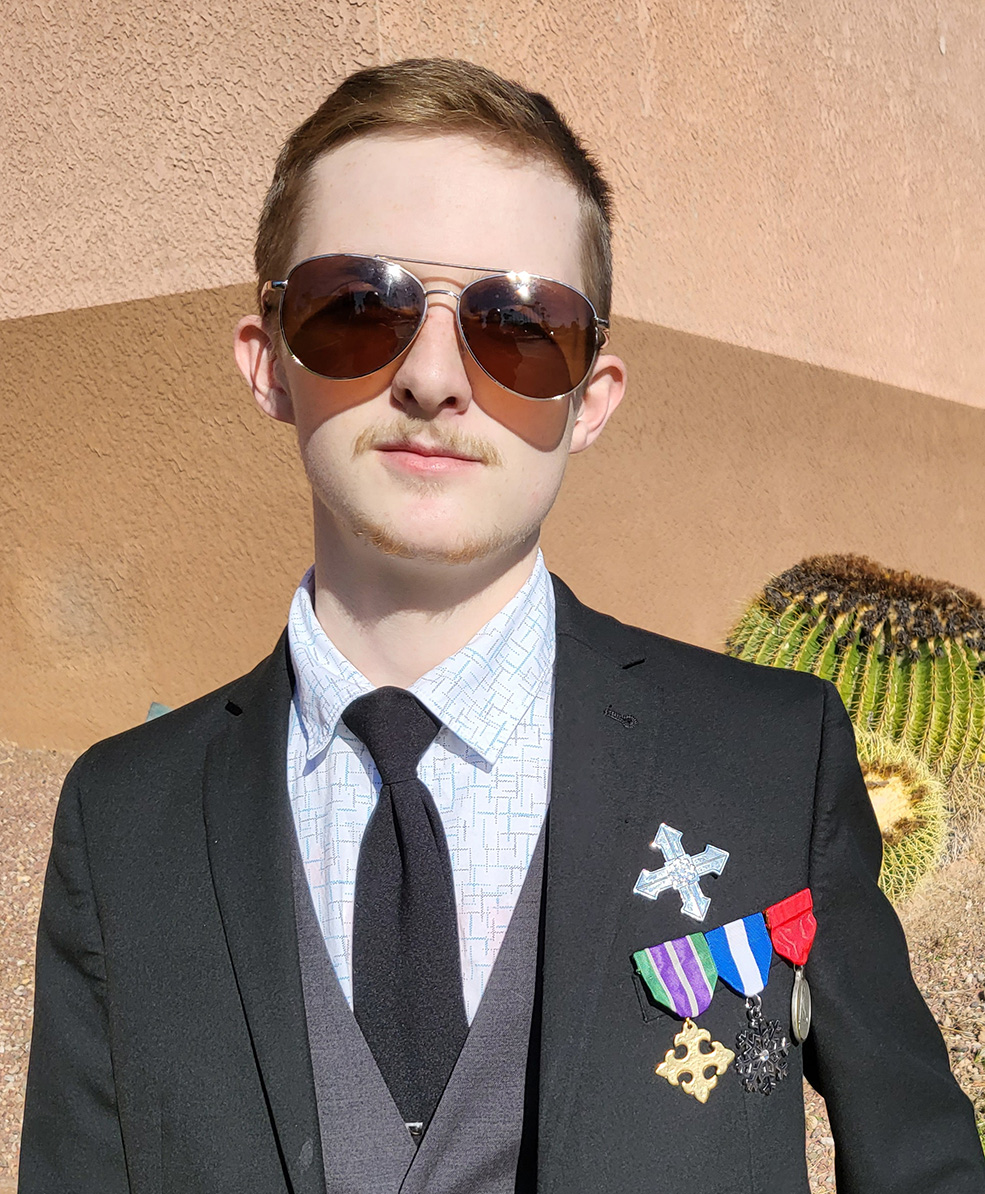 His Highness, Prince Charles of Raphania

The pre-colonial government of Raphistan operated under an neo-absolute monarchy with the Grand Emir serving as the head of affairs and Prime Minister (the evolved form of the previous office of the Marshal) operating as a secondary creative adviser and deputy leader within the state.

The nation possessed an advisory legislative body known as the "Tamenparli" from which the appointed members proposed and voted on laws and amendments to be presented to the Grand Emir. From this body, additional Ministers (known within Raphania as "Councilors") were appointed by the Prime Minister and monarch.

Before its defeat, the Raphanian Royal Corps of Discovery (abbreviated to RRCD) served as Raphania's military/policing body. While the Grand Emir served as Commander-in-Chief by default, the Supreme Commander of the RRCD was Raphistan's former Marshal Tony the Great who also served as Prime Minister. 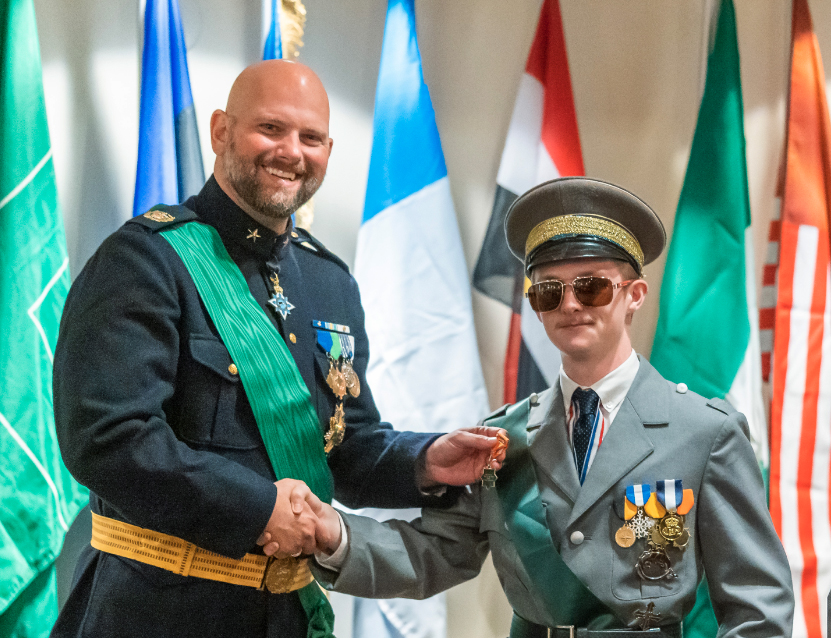 The Colony of Raphania is controlled by the Grand Duke of Westarctica, who rules as the colony's sultan. However, the day to day operations are of Raphania are managed by a Royal Viceroy bearing the title of "prince."

Raphania's legal codes are limited to the Constitution of Westarctica and the Treaty of Unification Between Westarctica and Raphania, although the Royal Viceroy is authorized to pass additional ordinances as needed to maintain order in the colony.

On 26 October 2022, Grand Emir Charles I declared war on Westarctica, citing what he believed was the country's illegal annexation of the Colony of Calsahara.

Grand Duke Travis immediately informed the Minister of Defense and directed the mobilization of the Westarctican Royal Guards in preparation for a full scale invasion of Raphanian territories. The same day, "Royal Decree RD-2022-004 War With Raphania" was issued by the Grand Duke and forwarded to Prime Minister Farmer for approval. 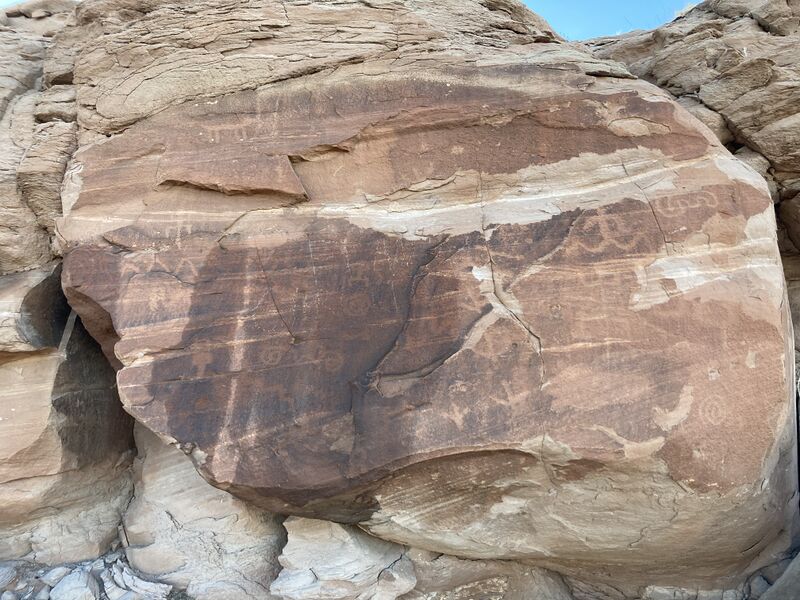 Petroglyphs on a rock in Al-Aarondad

Raphania is divided into six separate areas of administration; two official territories of land (known as Prefectures) with one being home to the colony's capital, one consulate (which serves as the de facto administrative center), two ceremonial provinces and one protectorate.

The sub-divisions which make up the prefectures consist of the regional city of Al-Aarondad, which exists as its own district of jurisdiction, and the remainder of the area, which is known as "The Frontier". Within the Homeland Prefecture, the area is subdivided between the Raphanian capital of Goree and the rest of the land, known as the "The Heartland". The capital's name is taken from the maiden name of the royal consort of Raphania, Emira Sarahann Marie Goree.

Raphania's Royal Consulate General in Arizona (also known as the Royal Compound or Royal Household) is a residence which serves as the home for the royal couple of Raphania, from where, most diplomatic receptions, state celebrations, and day-to-day government activities are conducted.

Although Westarctica handles most foreign affairs of Raphania, their Treaty of Unification permits the Raphanian Royal Viceroy to manage the colony's trade relationship as well as representation in inter-micronational governmental organizations.