The Empire of Angyalistan (French: Empire d’Angyalistan) is a micronation founded on 31 January 1999, and whose sovereignty was proclaimed on 7 October 2000. It extends its territory along the Earth's horizon and is therefore a quantum nation: at every moment, each point on Earth is at the same time part of an infinity of horizon lines and not part of another infinity of horizon lines. The Empire of Angyalistan considers itself as a performative pantopia: this means that the mere fact of stating the principles of the Basic Law of the Empire is sufficient to achieve them.

Since October 2012, the Empire has also claimed garbage patches in international waters (North and South Pacific, North and South Atlantic, Indian Ocean), with the aim of dissolving this territory in the future. For practical reasons, the people of Angyalistan live in exile and the empire is administered from its permanent territorial embassy to the European Union, located in eastern Paris.

The origins of the Empire's name lay in the hungarian word angyal, which means angel, after a poetic work by Emperor Olivier entitled "Odes and legends of the country of angels". The reference to angels echoes the specificity of the primary territory of the Empire, on the horizon: poetry and the art of dreaming are necessary mediators of the scientific truth of its geography, and angels do perfectly symbolize this requirement. 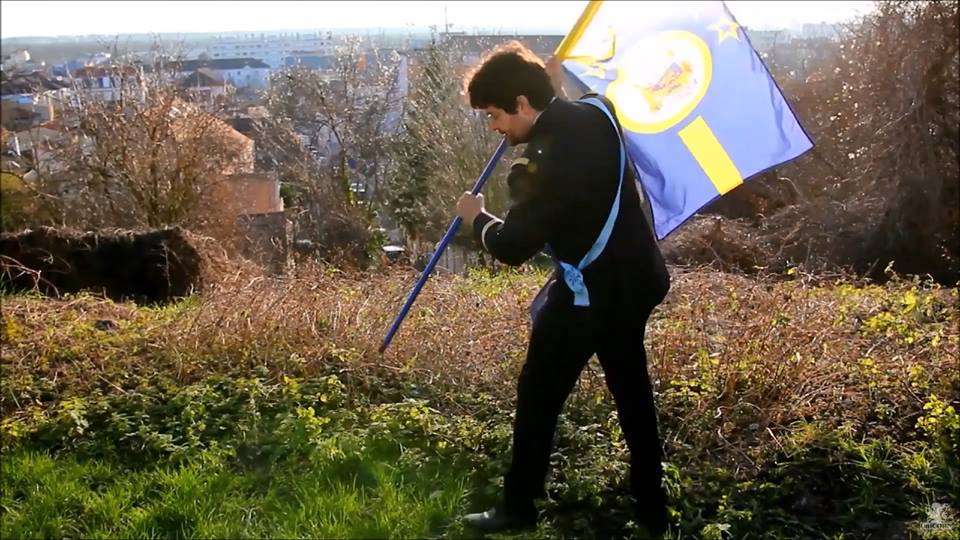 Emperor Oilvier staging a recreation of the birth of Angyalistan

The beginnings of the Empire date back to 8 April 1995, with the first oath of Their Imperial Majesties called the "Oath of the sovereigns." The exact date of the foundation of the Empire is not known with certainty, but the official historians of the Empire, on the recommendations of Emperor Olivier, agreed upon the date 31 January 1999. It is certain that the Angyalistanese Empire emerged in the late twentieth century and the writings of the Emperor mentioned principles similar to those of the fundamental law of the Empire at this time.

The marriage of the Emperor and Empress was solemnized on 7 October 2000, and during this ceremony an Angyalistanese flag was publicly exhibited for the first time; the sovereignty of Angyalistan was then proclaimed in the form of an empire. On that same day, for the first time, the Emperor claimed the horizon as the territory of the Empire. The original written claim has been lost, but a facsimile was published in 2009.

At the end of 2000, the Empire of Angyalistan entered a period of dormancy for a decade, but that did not infringe its continued existence. The Emperor did not do much to promote the nation, however, he did continue to discuss it with his friends and family members and invited them to join the ranks of the Empire's citizens. Despite this inactivity, there was public information available concerning Angyalistan on the MicroFreedom Index as early as 2004.

In October 2012, the Empire decided to claim the five main oceanic garbage patches:

This claim gave a physical territorial basis to the Empire of Angyalistan, which is important for meeting the criteria for statehood outlined in the 1933 Montevideo Convention is concerned. Claiming the garbage patches makes the Empire of Angyalistan unique in that it is the only country in the world whose aim is to make its physical territory disappear.

During the Summer 2014, the Empire of Angyalistan launched the ‪#‎ShareYourHorizons‬ challenge on Facebook social network to collect pictures of the horizon and give money to the OceanCleanUp foundation depending on the number of horizons collected. Thanks to the pictures shared by the citizens and residents of the Empire and by the authorities of several friendly nations, it has given support in cleaning up 70kg of plastic. The pictures of the horizon collected have been released on the landscapes gallery of the official website of the Empire. 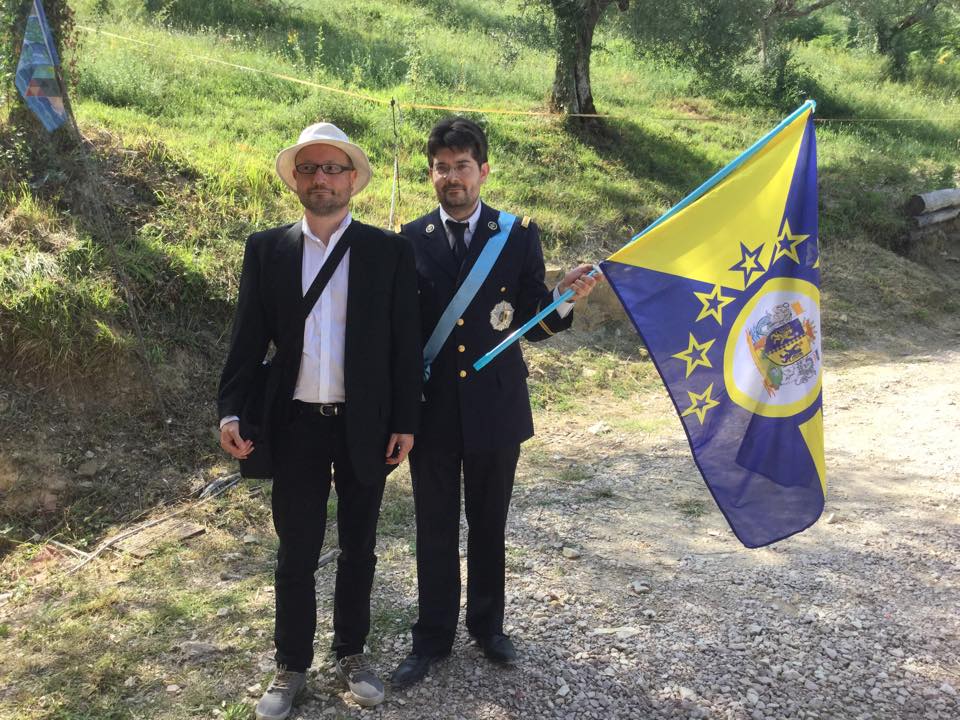 The Empire of Angyalistan is an absolute monarchy, considering itself a "performative pantopia": this means that the mere fact of stating the principles of the Basic Law of the Empire is sufficient to achieve them. Any reader of the Basic Law itself contributes to its materiality.

Only one minister has been appointed by Emperor Olivier: HE Frédéric, margrave of Plainpalais, is in charge of linear functions and compressed air.

Among the main institutions of the Empire: 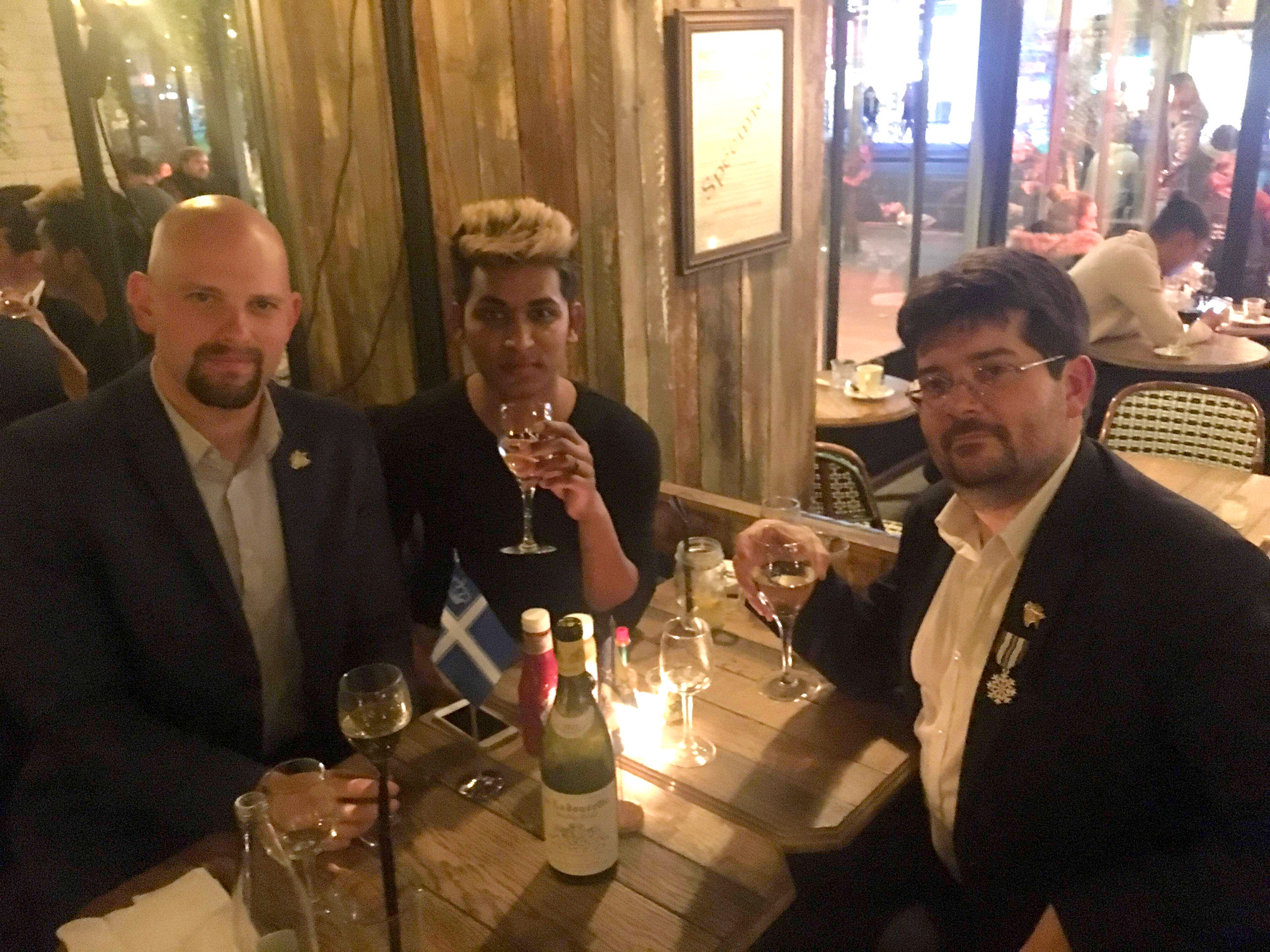 The Empire of Angyalistan unilaterally recognizes the 193 UN member states and their associate states, the 2 observers states (Palestine and Vatican), as well as Kosovo, Abkhazia, West Papua, Somaliland, and the Sahrawi Arab Democratic Republic.

The Empire of Angyalistan has a policy of non-aggression towards other micronations. As a French-speaking state, the Empire is a member of the MicroFrancophonie.