Holy Order of The Cross 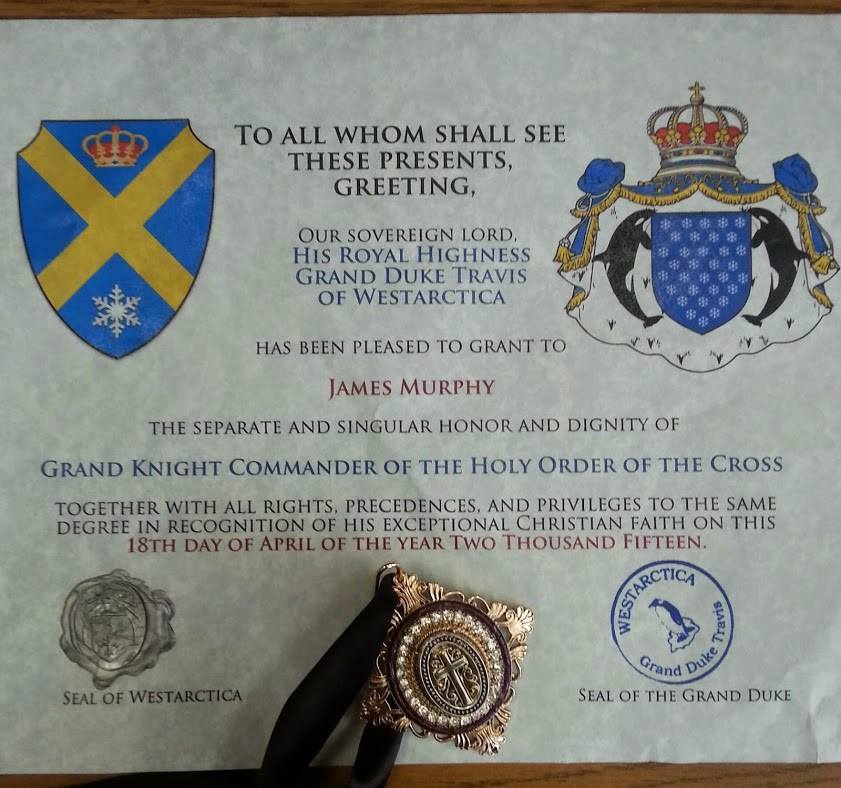 Certificate of Investiture and neck regalia

The Holy Order of The Cross was a Westarctican Order of Chivalry that recognized exceptional Christian achievement. Citizens of Westarctica and foreigners who exemplify Christian values could receive the honor in all three of its classes. The order was bestowed irrespective of denominations of Christianity and has been awarded to Protestants and Catholics.

It was the only Westarctican order that may be bestowed posthumously as a symbol of the eternal nature of the soul and the faith of the holder continuing in the afterlife.

At the time the Holy Order was created, Grand Duke Travis had been a born-again Christian for less than a year. He wanted to find a way to publicly celebrate the national religion of Westarctica as well as recognize fellow Christians for their religious achievements. The "the" in front of the word "cross" is always capitalized to recognize the sanctity of The Cross on which Jesus was crucified.

The Holy Order was created on 17 March 2005 in the Royal Decree Revising the Orders of Westarctica. The text read:

Discontinuation of the Order

The Order was abolished by Royal Decree on 11 March 2021, its function having been deemed incompatible with Westarctica's status as a secular nation. Existing knights of the Order are still authorized to wear their regalia and bear the honorifics associated with the Order. 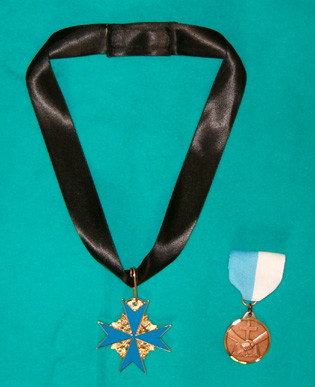 Original regalia for the Holy Order

Consequently, the regalia for the order also changed. The neck medal, worn only by Grand Knight Commanders was a Maltese cross in the style of a simplified Prussian Pour le Mérite decoration without the gold lettering on the cross. This was changed in April 2015 to an original design of a cross surrounded by elaborate and delicate metalwork.

The drape medal, which may be worn by all classes of knight, remained the same. 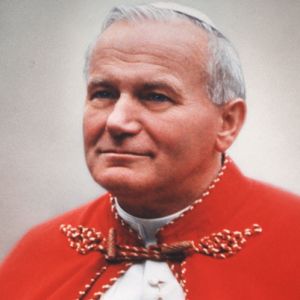 Before being abolished in 2021, the Holy Order of The Cross was only awarded to four individuals.