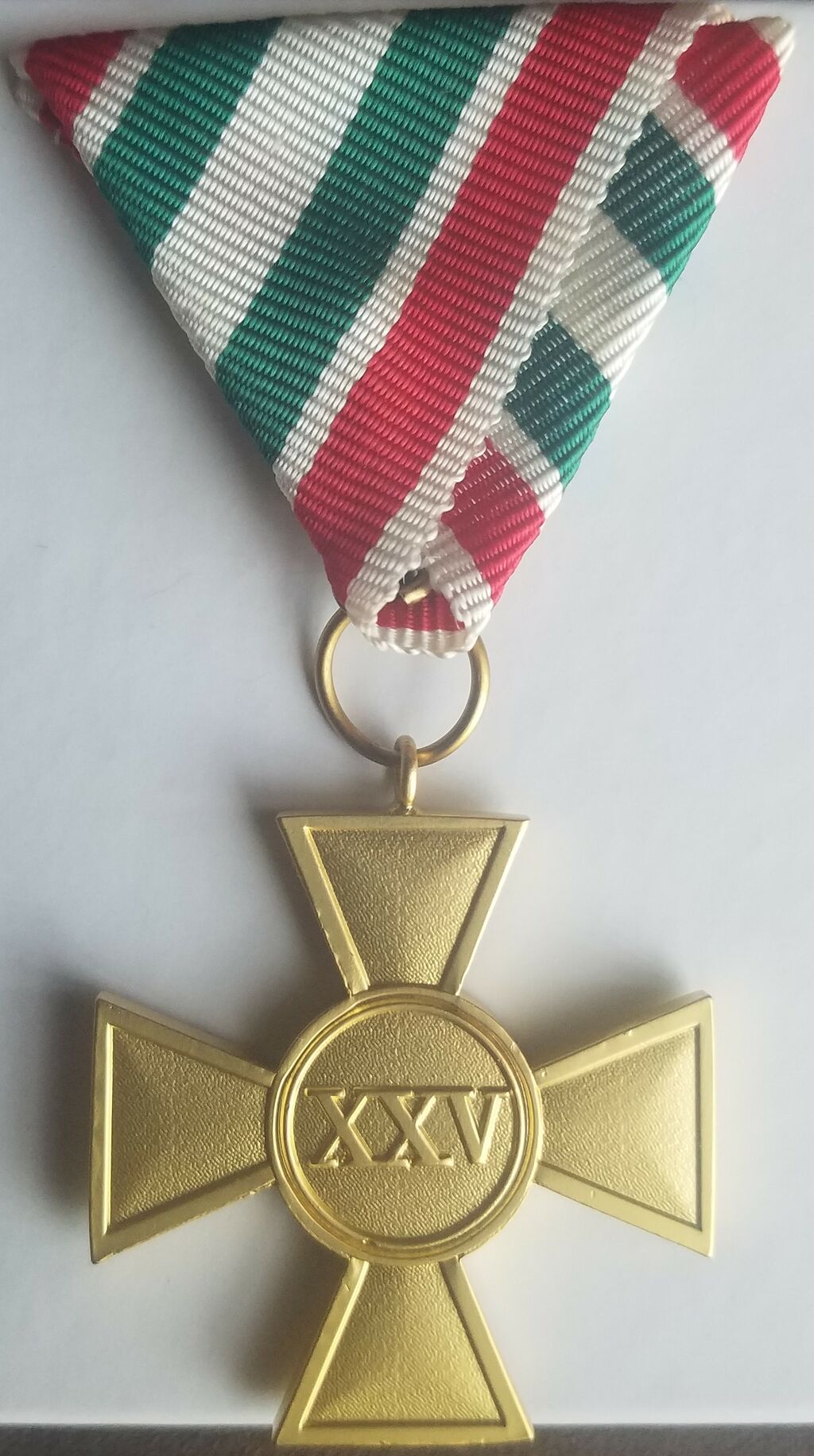 The Koliosian Quartercentennial medal is an national anniversary medal in the Principality of Kolios, a nation within the Empire of Agber. The medal was created by Princess Arlene of Kolios to celebrate the nation's 25th anniversary. The award was announced and unveiled on 23 June 2020, although it carries an official creation and award date of 20 September 2020, the actual date of the anniversary.

Design of the award

The medal is a Maltese cross, bearing the Roman numeral for 25. The medal is suspended from a green, red, and white ribbon. The medal was originally suspended from a trifold or Windsor ribbon, but was redesigned in October of 2021 to accommodate the change in awards to use a drape suspension in similar colors. The cross is meant to indicate the nation's official existence as a Christian realm, while the colors represent both Koliosian flags that have flown over the capital.

The award was given out to all those current and former administrators of Kolios who were active at the time of the celebration. Only five awards of the medal were bestowed: