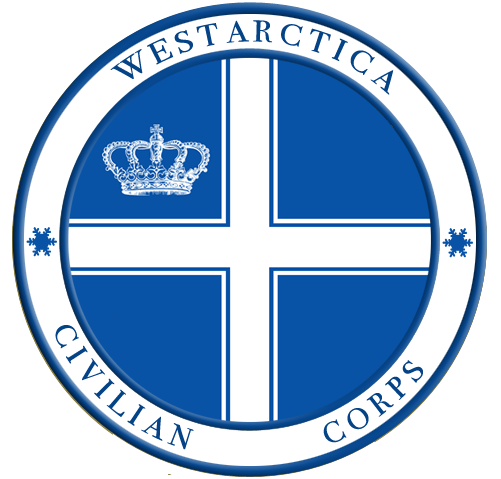 It is headed by the current Commissioner of the Corps, Jordan Farmer. 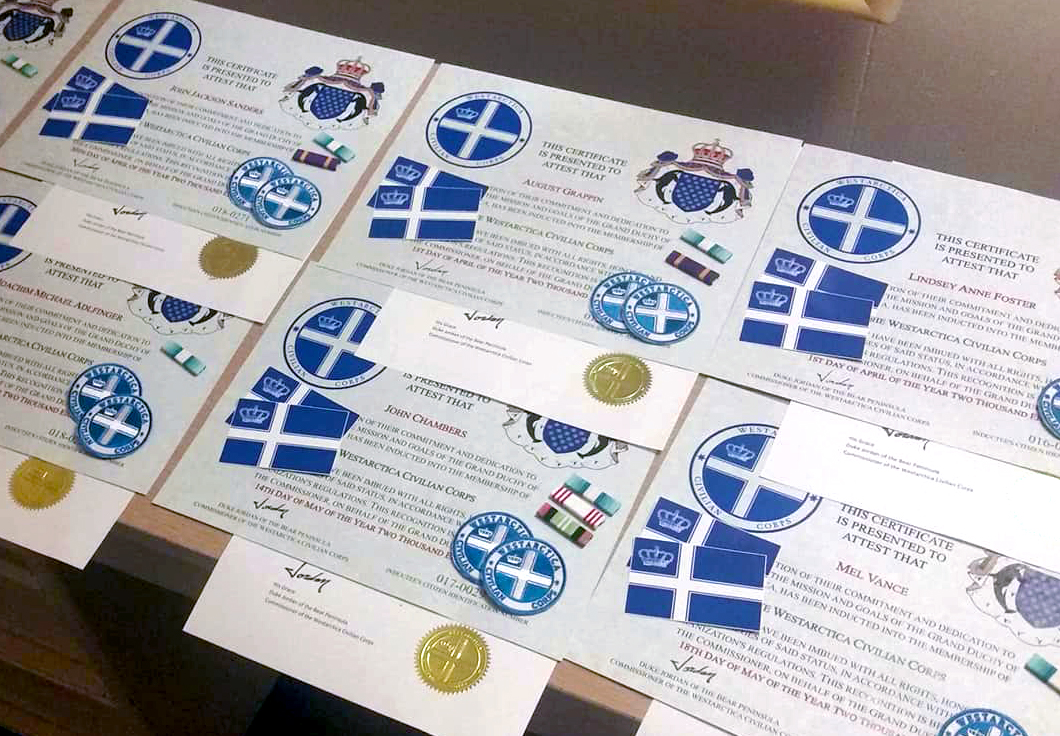 Members can be rewarded for successful completion of over 20 different approved activities. All awards are given in recognition for activities that citizens can engage in, regardless of Corps membership status. Each activity has an associated award ribbon, and some of them have multiple levels (denoted with an attached device). Members are also encouraged to try to earn as many as they are able to (similar to Scouting Merit Badges). These awards can only be earned / worn by members of the Citizen Corps.

The Civilian Corps currently has six approved ribbons that recognize non-Corps achievements. All of these are currently in recognition of Westarctican Knighthoods.

While there is not a specific right or wrong way to wear the ribbons of the Corps, there are recommended guidelines. These include an order of precedence for display, usually on a military-style ribbon rack. This is done three to a row, for four ribbons up to fifteen. from sixteen ribbons on, it is recommended to wear them four to a row.

In 2019, the Corps announced the Milestone Gift initiative. This program gives Corps members special gifts for each fifth Civilian Corps ribbon earned. For the purpose of this program, ribbons for Orders do not count towards this total, while individual levels of ribbons that have them each count as a unique ribbon. Under these guidelines, the highest number of ribbons a Corps member can acquire would be 32.