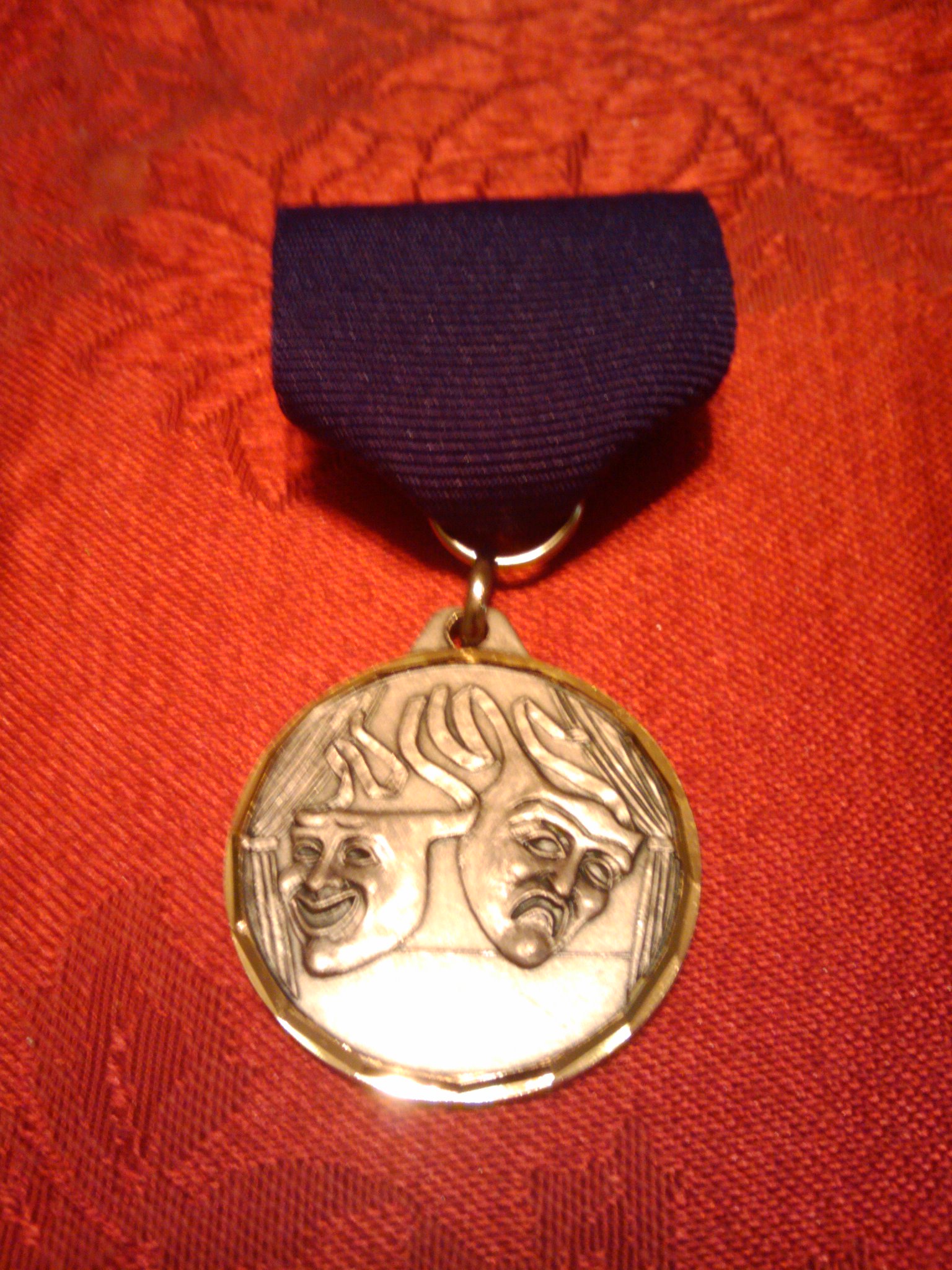 The Illustrious Order of Thespians is the least-used of all the Orders of Calsahara. The order was created to recognize achievement in the arts, especially acting.

It is the only honor in either Calsahara or Westarctica that has never been awarded to anyone aside from the Sovereign.

The regalia of the order is a silver medal engraved with theater masks suspended by a purple drape ribbon.

The Sovereign of the Order bears the rank of "Grand Thespian," while the three lower classes of the order are:

After many years of being in disuse, the Order found its primary function replaced by the Honored Artist ribbon. On 18 October 2019, Grand Duke Travis officially abolished the Illustrious Order of Thespians, due to the fact that it had never been awarded to anyone aside from the Sovereign himself. In accordance with his status as the only living knight, the Grand Duke has authorized himself to continue wearing the regalia of the Order.

Knight of the order